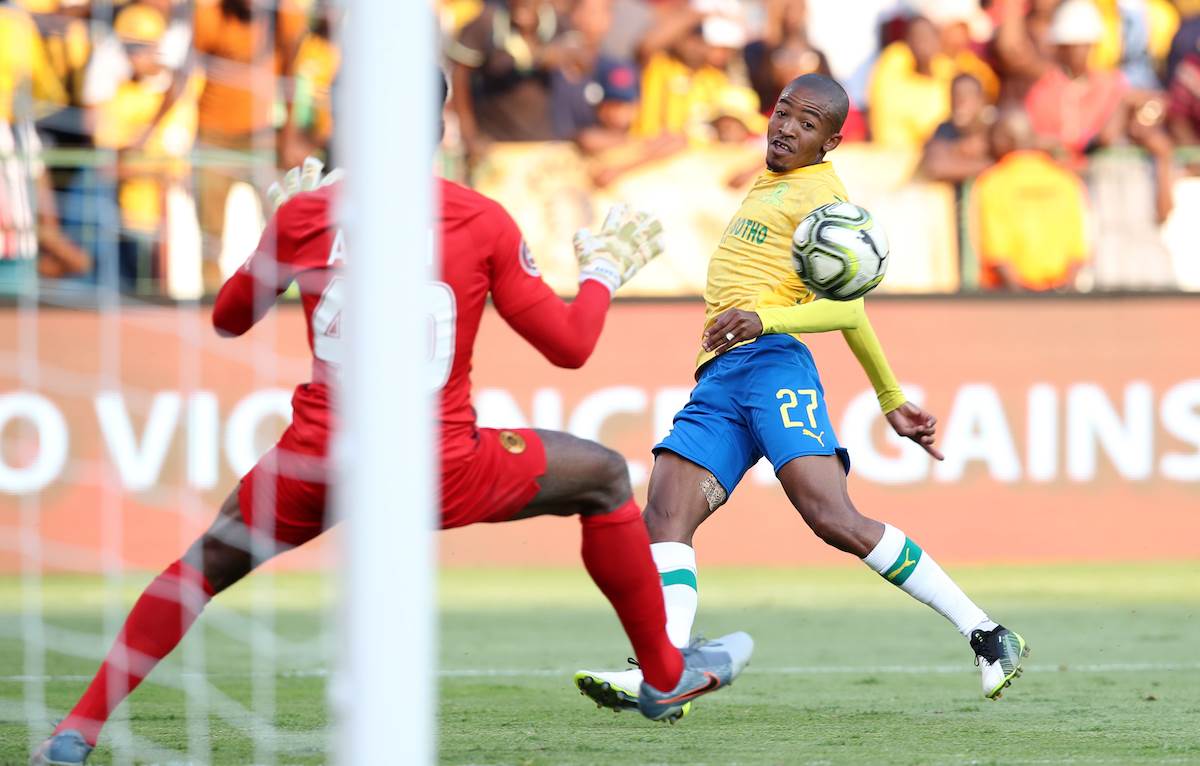 Mamelodi Sundowns suffered their first league defeat against Kaizer Chiefs as they were beaten 2-0 at Loftus Stadium on Sunday.

Sundowns went into the game against Amakhosi with the record of being the only unbeaten team in the league this season but Ernst Middendorp's side had other ideas and halted The Brazilians in their tracks.

A lot has been made about the influence of the match officials after they allowed an early goal from Chiefs to stand despite a possible offside, a point Pitso Mosimane made sure he broadcast far and wide after the match.

Correct call or incorrect call, KickOff.com looks at some other factors that might have contributed to the result from Sundowns' point of view.

The Brazilians missed Zwane's creativity in midfield. Gaston Sirino looked out of sorts without his partner in crime. Sibusiso Vilakazi was brought in to replace Zwane but did not live up to expectations.

Mosimane admitted: "Mshishi always finds a way out to do something. He is a player who sorts himself out and especially in a game like this. We needed somebody to help Sirino because they combine well."

Onyango is still at home in Uganda due to the untimely death if his father. Kennedy Mweene stepped up to replace Onyango in goal and even though Mweene cannot be faulted for either goal, Onyango's physical presence and vocality were missed at the back.

Mosimane said: "Let's be honest, what did Kennedy do unless you are emotional about the game? There is nothing he did to be honest. By the way they scored an offside goal. They benefited again. The first goal was offside."

Sundowns seemed to struggle with the long-ball factor and the pressure applied by Samir Nurkovic and Leonardo Castro on the two centre-backs Motjeka Modisha and Mosa Lebusa.

The absence of Wayne Arendse to deal with aerial balls was evident and he probably would have dealt with the balls that were put into the box that resulted in the first goal.

READ: Pitso: When it's Kaizer Chiefs, buckle up!

The Brazilians also changed their formation to 4-3-3 to counter Chiefs' 3-5-2 formation. Even though they managed to enjoy 68 percent ball possession, Sundowns seemed uncomfortable playing with three men in midfield and could not find their flow, and there were more spaces between the lines.

Sundowns had to dig deep to score the winning goal against Highlands Park in stoppage time last Wednesday. The Lions of the North are hard-running and one of the fittest teams in the PSL.

It was always going to be difficult for Sundowns to come out against a well-rested Amakhosi team who were not involved in any midweek action.

READ: Another look at how Chiefs silenced Downs

Sundowns had a few glorious chances to score but the difference on the day was that Chiefs were ruthless in front of goal.

Andile Jali's miss with the goalkeeper to beat would have probably turned the tide to Sundowns' favour. Mauricio Affonso also had a good opportunity to score in the second half.

READ: Chiefs can have the sardines - Pitso

The Brazilians had 26 shots with 11 on target compared to eight shots with four on target from Amakhosi, which shows that the Tshwane giants clearly created more goalscoring opportunities.

Mosimane said: "I am not happy that we lost but I am not unhappy with the manner the players fought to win the match. We tried to win. We tried to score but we could have played until tomorrow. We missed a lot of chances."