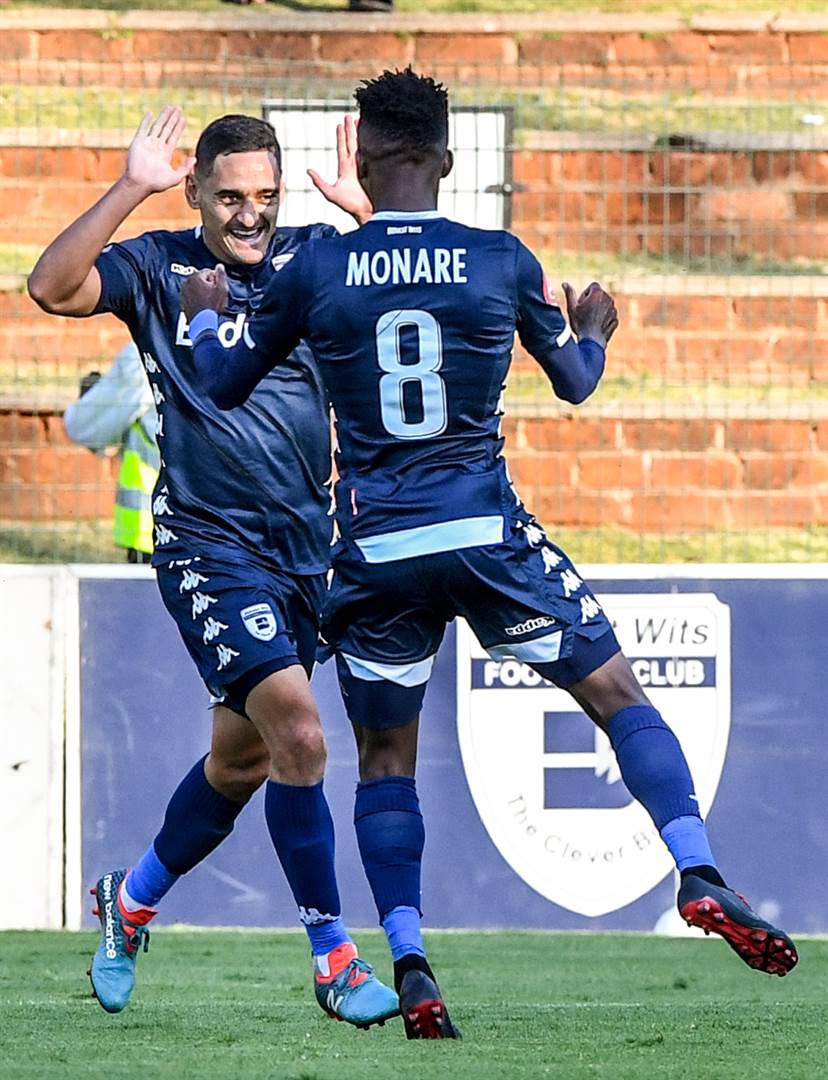 Bidvest Wits consolidated third position on the Absa Premiership standings with a 3-1 victory over Baroka FC at Bidvest Stadium on Saturday.

Ricardo Goss continued in goal for the Students, as Darren Keet refuses to sign a new contract at the club.

It was a slow start to the game but Wits gradually wrested control of proceedings in their favour by dominating possession, but only missing the penetration in the final third.

The Clever Boys won a free-kick in a promising position after Lehlonolo Majoro was brought down on the edge of the box. Deon Hotto stepped up and fired a delightful free-kick towards goal which unluckily came back off the crossbar.

Soon after, veteran defender Robyn Johannes came close when he latched on to Majoro's through ball and tried to turn the ball towards goal but it went wide. Hotto and Majoro were Wits' most promising players and looked likeliest to create something.

After dominating proceedings in the opening half an hour, Gavin Hunt's side deservedly broke the deadlock in the 32nd minute. Majoro went on a mazy run through the centre of the box and coolly slotted the ball past Baroka goalkeeper Elvis Chipezeze.

The hosts were dealt a major blow in the 44th minute when goalkeeper Goss was red-carded for a rash challenge with Hunt responding by taking off Majoro for Darren Keet.

Despite their numerical disadvantage, Hunt's side doubled their lead in the 53rd minute when midfielder Cole Alexander fired home a snapshot from just inside the box.

The game went through a bit of a lull and was in danger of turning in to a midfield scrap before Bakgaga pulled a goal back in the 68th minute through Tshidiso Patjie. However, the Clever Boys extended their lead again five minutes later when Johannes converted from the penalty spot.

Simon Murray, who came on as a substitute for Terrence Dzvukamanja, was played in through on goal by Hotto, but the Scotsman's attempted lob went wide.

In the end, Wits saw out a comfortable victory despite playing with ten men for more than half of the game.