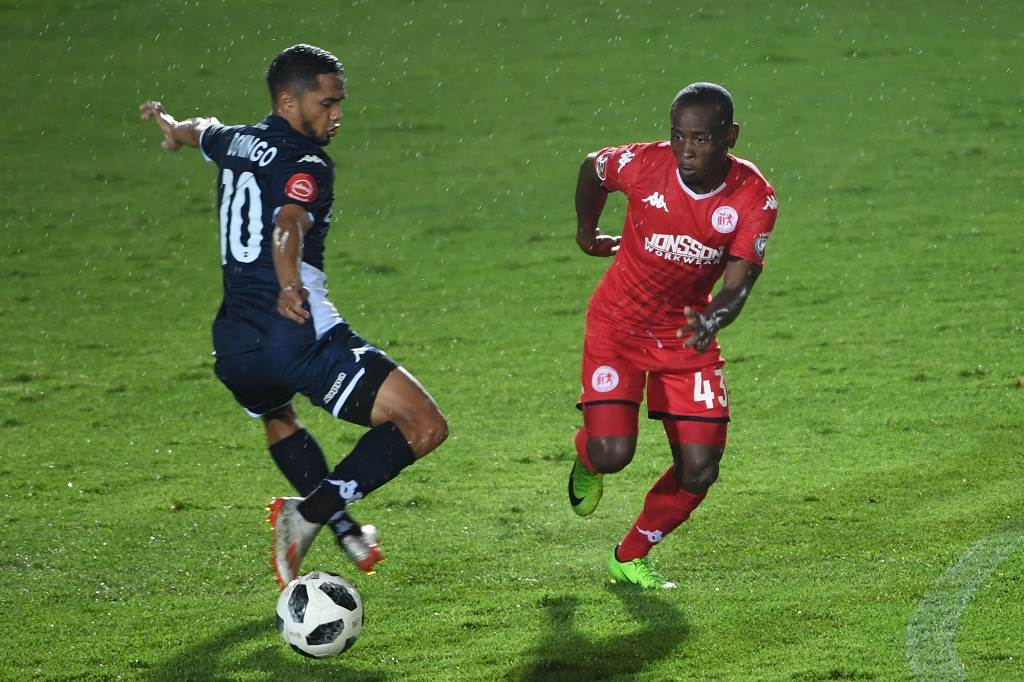 The Clever Boys made four changes from their win over Baroka FC in Elias Pelembe, Phathutshedzo Nange, Haashim Domingo and Eva Nga, while veteran midfielder Reneilwe Letsholonyane made a return for Highlands.

Highlands, who got their campaign back on track with two successive league victories prior, stretched the Clever Boys with balls into wide areas earlier on.

This variation paid dividends when Luckyboy Mokoena sent an inch-perfect cross to the far post for Mothobi Mvala, who nodded into the top corner 25 minutes gone.

Highlands went close to grabbing a second goal five minutes later, but Wits goalkeeper Brandon Petersen pulled off a stunning save to deny Peter Shalulile his 12th league goal of the season.

The Clever Boys were level just before halftime after Domingo rifled home from the edge of the six-yard area with Marlon Heugh well beaten by the deflected effort.

Both sides started the second period with changes as Sameehg Doutie replaced Domingo and Mxolisi Machupu coming on for Nga, while Letsholonyane made way for Ryan Rae.

The Clever Boys were ahead inside the 50th minute after Thulani Hlatshwayo collected a square ball on the far side to finish underneath Heugh.

Doutie had a clear chance to put the Clever Boys further ahead following the final 12 minutes, but his shot from the near side drew a smart save from Heugh.

Highlands levelled matters with three minutes remaining after Shalulile slotted home from the penalty spot after going down from Hlatshwayo’s challenge.

The two sides went all out for the winner following the remaining minutes, but the match ended all square.