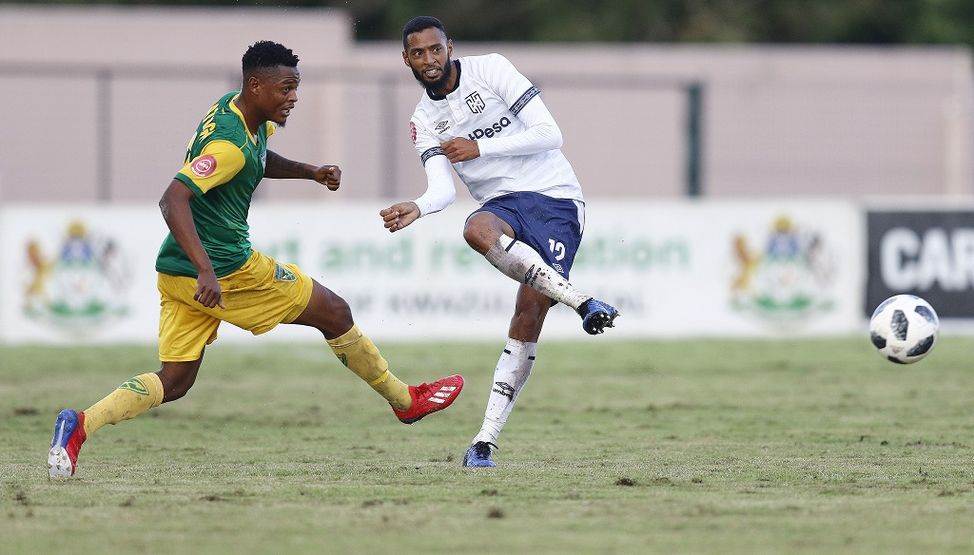 The match started promisingly, with Arrows launching the first opening through a Danny Venter shot which flew over the bar from good build-up play.

With City posing little threat, Abafana Besthende continued bombing forward with Sibusiso Sibeko getting on the end of Matloga’s cross on 33 minutes.

City’s first piece of action in the 18-yard area saw Siphelele Mthembu heading off target from a corner four minutes to halftime.

In the second half, Arrows continued asking all the questions with Venter firing wide on 47 minutes from good teamwork by Dube.

The Citizens were not overawed, as a shot from outside the area by David on 60 minutes deflected wide.

Seven minutes later, Benni McCarthy’s men brought on his first change of the dayas Surprise Ralani for the self-same David.

Before then, Arrows went on their second change in pacey forward Lerato Lamola for Matloga to liven up their attack.

The former Celtic man introduction proved telling with a composure finish near the edge of the area in the final eight minutes.

Knox Mutizwa closed in on their second minutes later, but failed to find the intended target as Abafana Besthende go level on points with eighth-placed Bloemfontein Celtic.