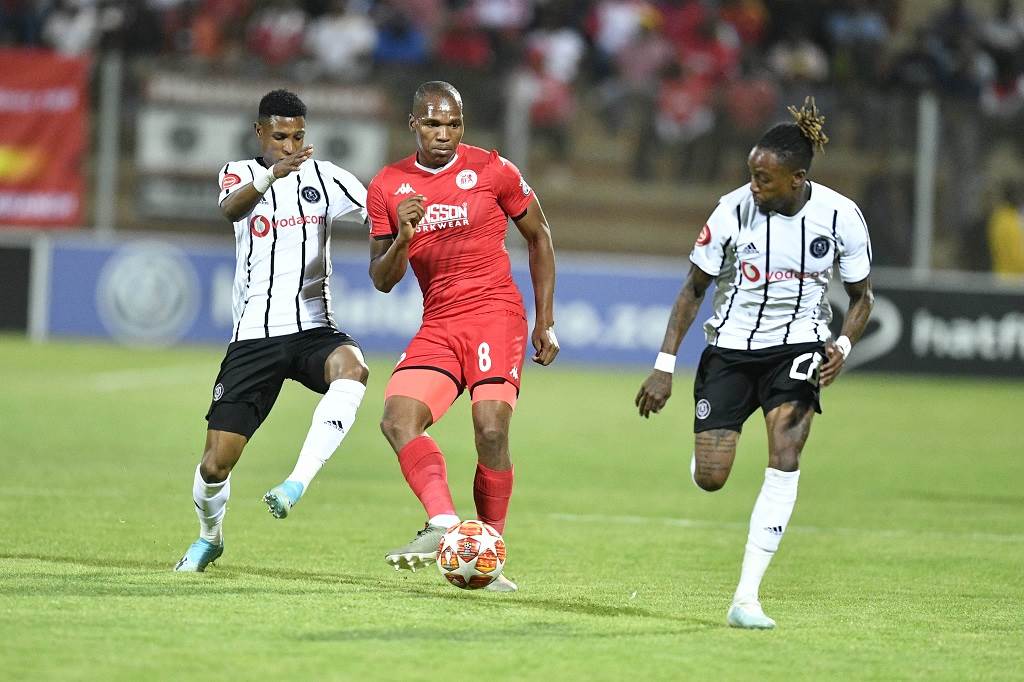 The Buccaneers made a bright start in the first 15 minutes as Vincent Pule headed onto the roof of the net following a cross from Tshegofatso Mabasa. Five minutes later, Paseka Mako missed a big chance as he miskicked with the goal at his mercy after robbing Luckyboy Mokoena off possession.

Ndoro threatened the opener again following the half-hour mark when his low shot from the far side went through the legs of Dube, but Sandilands’s outstretched hand redirected a corner as the opening half ended on a livelier note.

Pirates put out a strong start to the second half, as Linda Mntambo fired down the throats of Thela Ngobeni following a shot from the edge of the area.

Equally so the Lions of the North resumed on a solid pasting, with Spiwe Msimango firing against the side-netting from an acute angle couple of minutes later.

Mokwena upped the scales towards the final 20 minutes with a pacey attack that saw Gabadinho Mhango enter for Shonga.

The introduction brought dominance as Mntambo played through Mabasa, who amidst calls for an offside toe-poked past Ngobeni with ten minutes to go.

The Sea Robbers marshalled their ship thereafter to claim their third win of the campaign, whilst going back into the top eight.