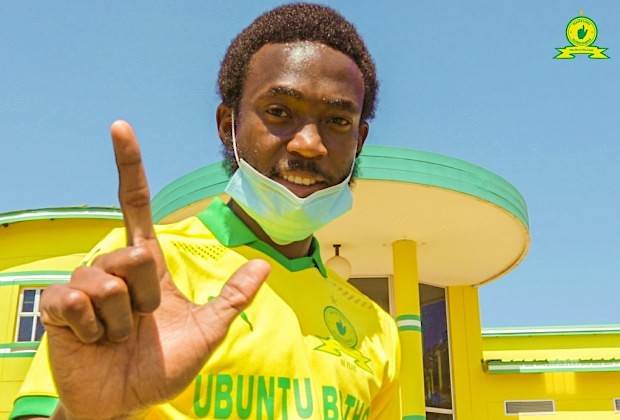 While they were picking up two more trophies this season, Mamelodi Sundowns have also signed about a dozen players as the club looks to maintain its ascendency over their PSL rivals.

The Brazilians are not planning to stop their winning streak after lifting the Telkom Knockout and retaining the Absa Premiership title having also dominated the transfer market this year in preparation for another CAF Champions League campaign.

When club president Patrice Motsepe announced a four-year contract extension for coach Pitso Mosimane in May his intentions were clear, and the club has already secured enough fresh talent for a whole new Masandawana team next season.

Here we list all of Sundowns' known new signings – most of which are still to be officially announced by the club for the 2020/21 season – in chronological order.

See all the new faces arriving at Chloorkop next season in the gallery above!

Jody February - February's signing from Ajax Cape Town was the first sniff we got that Sundowns were starting their transfer business early after news of his signing and loaning to Cape Umoya United emerged at the start of the season. ?? February relishing Downs challenge

Grant Margeman - Linked to February's signing was that of SA under-23 international midfielder Margeman, who was apparently signed at around the same time as the goalkeeper and then both loaned out for the 2019/20 season. ?? Margeman welcomes Mido competition

George Maluleka - Kaizer Chiefs sparked an uproar after announcing in January that 'Mido' had signed a pre-contract with Mamelodi Sundowns and then sidelining him from the team. He was allowed to leave for Chloorkop during lockdown. ?? Maluleka: I received a warm welcome

Lesedi Kapinga - After signing a pre-contract with Sundowns in January, like Maluleka, he was allowed to leave Black Leopards before the resumption of the 2019/20 season as Lidoda Duvha tried to achieve more focus in their bid to survive relegation. ?? Pitso states his plans for Kapinga

Ricardo Goss - The Bidvest Wits goalkeeper was one of several Clever Boys stars who were approached by other clubs once news of the club's sale was confirmed, and he was also the first one to confirm to this website the move was on. ?? Goss reveals Sundowns plans

Haashim Domingo - The exciting Ajax Cape Town youth product was the second Wits star to indicate to us that he would be joining Sundowns, with Bongani Zungu even coming out to hail the signing of his former Vitoria Guimaraes teammate. ?? Domingo breaks silence on Sundowns

Gift Motupa (reported) - Sundowns missed out on signing the former Orlando Pirates attacker during the January transfer window but are reported to have landed their long-time target. However, we have not been able to confirm these reports. ?? Motupa keen on Sundowns switch

Luvuyo Phewa - This signing went under the radar, with only KickOff.com bringing you the news that the former SA under-20 star will be leaving troubled Real Kings for his big shot at Chloorkop. He was also previously linked with Orlando Pirates. ?? Kings confirm Phewa to Downs

Peter Shalulile - KickOff.com broke the news last week that the 16-goal Namibian striker will be joining Masansawana next season, and the player himself also expressed his excitement about the move after Highlands Park was sold to Tim Sukazi. ?? Shalulile: Why I'm joining Sundowns

Mothibi Mvala - Highlands Park chairman Brad Kaftel told this website the former SA under-23 star will also be joining Sundowns, which is a surprise considering the sheer volume of midfielders there. A quality signing Sundowns just could not pass up. ?? Sundowns land Highlands duo