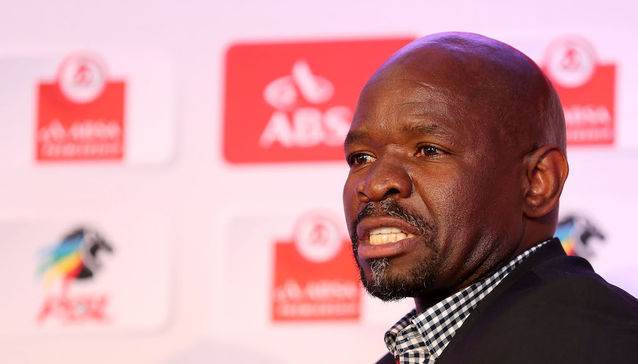 The two coaches will square off today in an Absa Premiership encounter at Thohoyandou Stadium at 15h00.

It is common in the Premier Soccer League for so-called small teams to start the season like a house on fire, only to collapse when it matters the most.

But Masutha believes this won't be the case with Celtic.

"Komphela is the real deal to be honest," Masutha tells snl24.com/kickoff.

"This man has done a lot for football here in South Africa as a player and as a coach. He's got experience, he's one guy who is very humble, he doesn't panic under pressure and that I think it's rubbing off to his players. You can see these people know what they are doing, and the confidence he gives them on the field I think it's showing you see. He is one of the guys that I like and I rate him also very highly. I also respect him to be honest, a lot. He knows that I respect him for his contribution here in Mzansi. That is one thing that you can't take away from him, and I like the way he always handles himself. He is not a person who boasts you know. He doesn't like controversies, I appreciate whatever he does.

"But at the same time our team is a young team, a new team in the PSL. Our boys have to make a mark you know, so as much as I like him, I would like him to play bad against us and lose. And then he starts winning again in the following games."

Masutha says fans at the venue must brace themselves for a thriller.

"Expect fireworks really because Celtic they are on form, and us as well, we are going to play our first game at home. Obviously Thohoyandou is not an easy ground. We believe we will get a win there. Since Steve took over, Celtic has been doing very, very well, so we will have to work a lot for a win. We are going to try and attack them to see if we can't break their defence. They've got a very balanced team you see, they are able to balance their attack and defence with ease, that's why they are scoring goals without conceding. I think they are a very dangerous side to be honest."

Masutha says he has no injuries or suspensions to contend with.

"Our team is alright, everyone is available. It's going to be tough to select the 18 but we have to do it, and I believe we will bring out the possible strongest team."