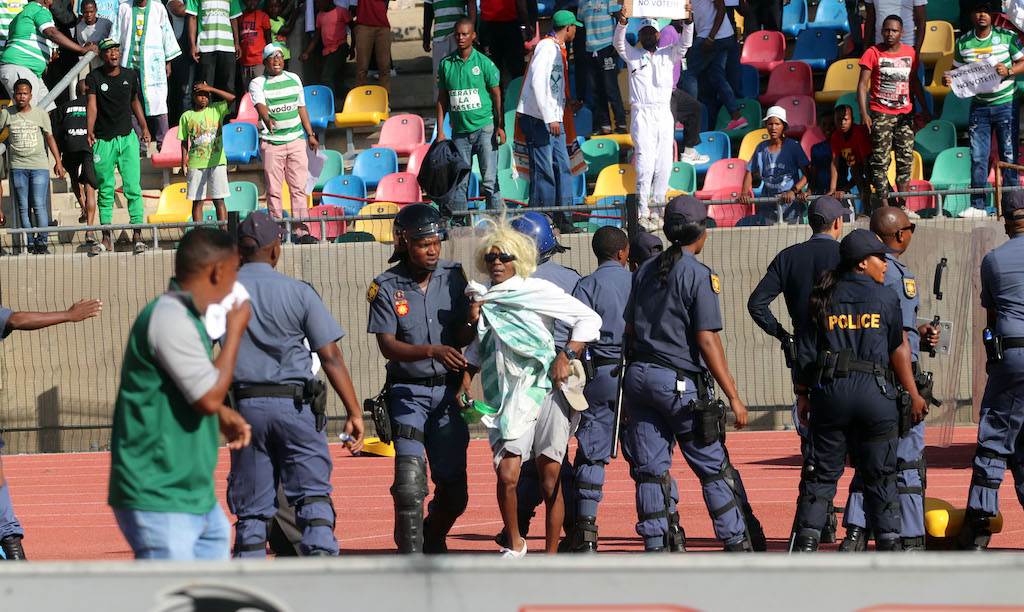 Bloemfontein Celtic have suffered hefty consequences following the abandonment of their Absa Premiership clash with Cape Town City a fortnight ago.

The Free State-based outfit have been made to forfeit the match following a PSL Disciplinary Committee hearing on Thursday evening, and will have to play their remaining home matches away from their supporters, outside of the province.

This was all due to Celtic supporters' riot at the Dr Petrus Molemela Stadium in Bloemfontein on April 14, which forced the referee to call off the match over fears for player and spectator safety.

"The Premier Soccer League Disciplinary Committee last night found Bloemfontein Celtic FC guilty on charges of failing to provide adequate security and causing the abandonment of the Absa Premiership fixture against Cape Town City on 14 April 2019," read a statement from the League on Friday.

"The DC ordered that the match be forfeited to Cape Town City FC with a 3-0 score. In addition, Bloemfontein Celtic’s remaining two home matches are to be played outside of the Free State Province at venues to be determined by the League."

Celtic have already moved swiftly to relocate their upcoming match against Kaizer Chiefs to the Peter Mokaba Stadium in Polokwane this Saturday evening (20h15).