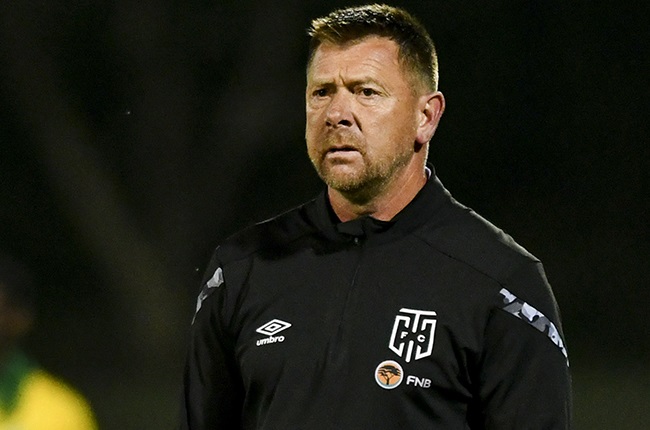 Club owner John Comitis has rubbished rumours on the future of head coach Eric Tinkler, while instead sending out a stern warning to his under-performing Cape Town City players.

City are languishing in 13th position in the DStv Premiership standings in an underwhelming start to the current season after finishing as runners-up last season.

Fellow DStv Premiership side Maritzburg United are reportedly in the process of parting company with John Maduka with Comitis denying that Tinkler is being eyed as a replacement.

"He is doing his best for the team, instead it is the players who must start thinking about their futures here.

"I'm telling you they will be going for a break, when they return they must show their worth.

"Because the squad we have is quality and there is no reason for us to be where we are right now.

"We should be fighting for a top-four spot.

"Last season I released eight players, so the same thing is going to happen here if people don't start pulling up their socks.

"The same thing might happen when the season resumes."

City face Royal AM on 30th December in a DStv Premiership clash when the season resumes after the World Cup break.