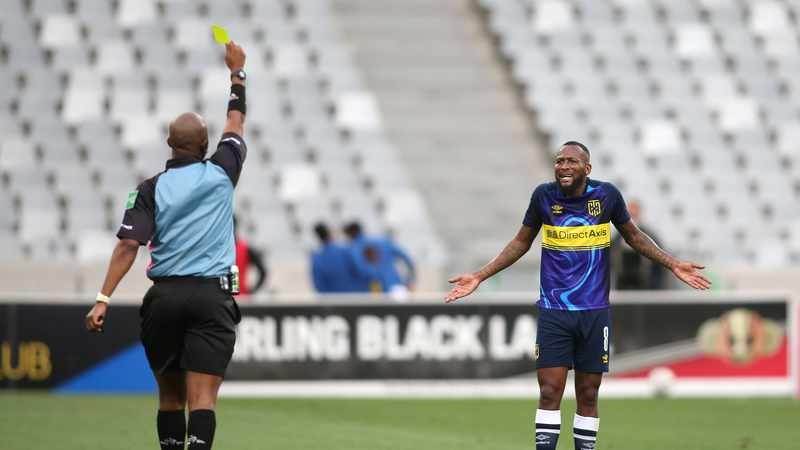 Makola has built a bad boy reputation in the league

Veteran midfielder Mpho Makola will be back available for selection this weekend following the completion of his latest ban.

Makola was suspended for two months for his involvement in the skirmish that happened at the end of the MTN8 final against Mamelodi Sundowns in October last year.

He appeared incensed by the match officials’ decision not to reprimand Sundowns goalkeeper Denis Onyango for moving off his line during the penalty shoot-out.

Onyango was the hero of the evening with his saves making the difference as The Brazilians lifted the trophy.

Makola was then hauled for another appearance before the PSL disciplinary committee and served with a suspension in January.

He was sentenced to a six-month ban but four were suspended with the club’s fine of R200 000 also suspended as long as they are not found guilty of similar conduct within 24 months.

The former Orlando Pirates midfielder was a prominent figure before Christmas for City with 18 appearances before the ban then came into effect this year leaving him sidelined for the months of February and March.

Makola – who turns 36 in May – is out of contract with City at the end of the season.

In 2019, he was involved in another similar incident and found guilty of manhandling referee Abongile Tom after City’s defeat to Kaizer Chiefs.

His six months ban was then reduced to four matches after an appeal after he was found guilty of a lesser offence of unsportsmanlike conduct by the SAFA Appeals Board.