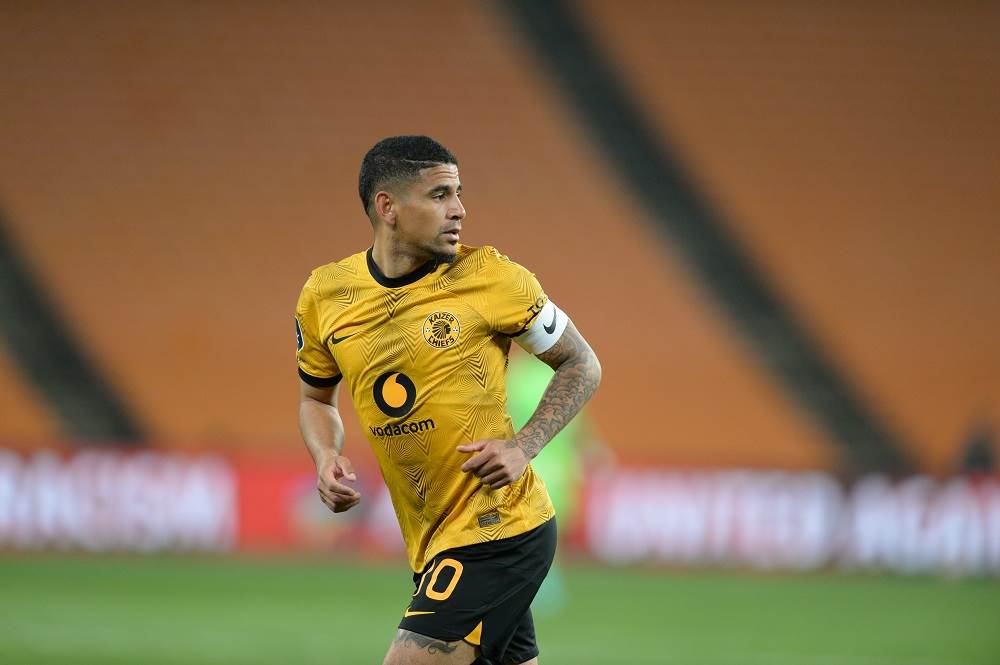 Kaizer Chiefs secured their first win of the DStv Premiership season with a 3-0 triumph over Maritzburg United on Tuesday evening.

Chiefs broke the deadlock four minutes in after Ashley Du Preez burst through left of the area and finished off a loose clearance from point-blank range and furthermore opened his account for the club.

It didn’t take the Amakhosi long to go two up as indecisive play from United in defence brought a turnover of possession which Keagan Dolly capitalized and executed with ease.

Maritzburg almost got back in the game following the half-hour mark when Friday Samu’s first-time volley way outside the six-yard area cracked the top of the woodwork.

Former Swallows defender Solomons could’ve handed the host a third within seconds from a through pass delivered by Matlou, but he was thwarted by Maritzburg’s King Ndlovu. That was Matlou’s last meaningful contribution as a knock ahead of the second half ended his participation and saw the Amakhosi bring on Nkosingiphile Ngcobo.

Maritzburg also made substitutions well before the resumption of play in Genino Palace, Siboniso Conco, Kimvuidi Karim as well as Leletu Skelem.

The Amakhosi came under threat soon in the second half and needed a fine near-post save from goalkeeper Bruce Bvuma to keep Keegan Ritchie’s free-kick at bay.

Chiefs unleashed a response in the way of a powerful shot from range by Ngcobo that forced Ndlovu to scramble around and parry towards the closing stages.

The Glamour Boys enjoyed a comfortable final phase and grabbed a third goal when substitute Mduduzi Shabalala finished off a cutback from Khama Billiat and aided the host their first win of the season.