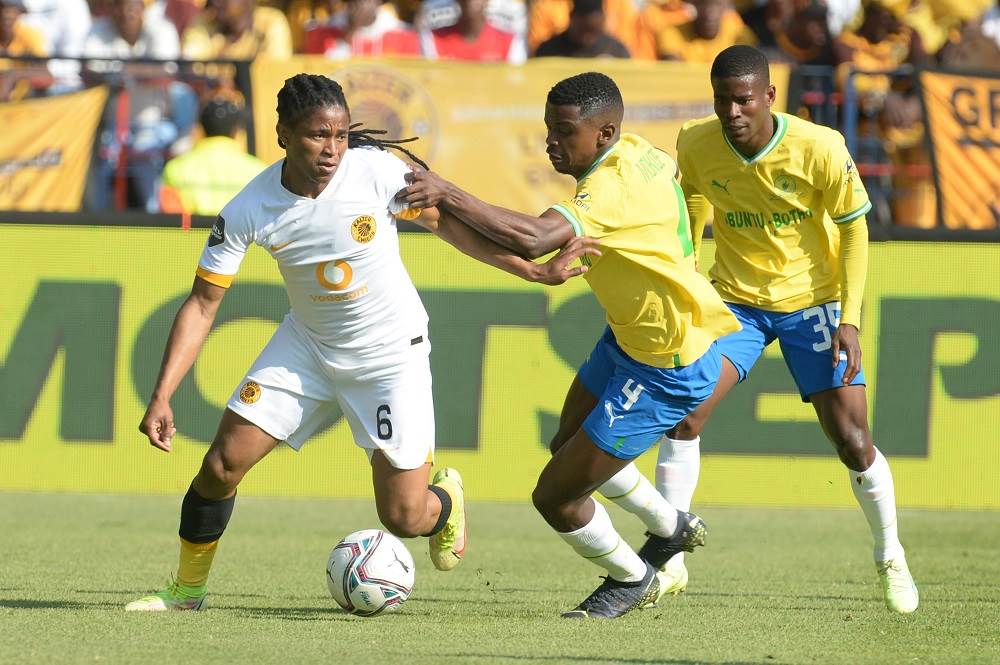 DStv Premiership champions Mamelodi Sundowns bounced back in fine style with a 4-0 thumping of Kaizer Chiefs on Saturday afternoon.

Masandawana brought in Andile Jali and Gaston Sirino from the midweek loss to TS Galaxy, as Chiefs had to soldier on without Ashley Du Preez and Lehlogonolo Matlou, as Njabulo Blom and Cole Alexander were recalled.

Sundowns needed just five minutes to go ahead after Sirino capitalised on a sloppy back-pass in the area by Siyabonga Ngezana and stabbed home from close-range.

The Amakhosi conceded a second goal ten minutes later as Peter Shalulile drew a foul in the area off Ngezana and won a penalty, which he executed comfortably and opened his account for the season.

Chiefs almost staged a comeback late in the first half after a low snap shot from a tight angle in the box by Alexander hit the side-netting following a neat spell of passes.

More chances came for the Glamour Boys where Yusuf Maart drilled a cutback on the edge of the area over target with the goal in plain sight moments before the halftime period.

After torrid first half, Ngezana was withdrawn ahead of the second period and had Njabulo Ngcobo enter with Kgaogelo Sekgota introduced as well for Alexander.

Sundowns maintained shape and grabbed a third on 53 minutes after Themba Zwane dropped into the area and played a square pass for Shalulile to find the bottom-corner and complete his brace.

The Amakhosi could’ve had a comeback two minutes later when Sekgota won a penalty from a foul in the box, but Khama Billiat failed to beat Ronwen Williams who pulled off a solid save.

Masandawana upped the ante near the last ten minutes and found a fourth after substitute Abubaker Nasir twisted Ngcobo around on the far side of the area and fired into the near corner.

Arthur Zwane’s hoped for a consolation and nervous finish in the closing stages, but it wasn’t to be as the Brazilians stormed to victory.