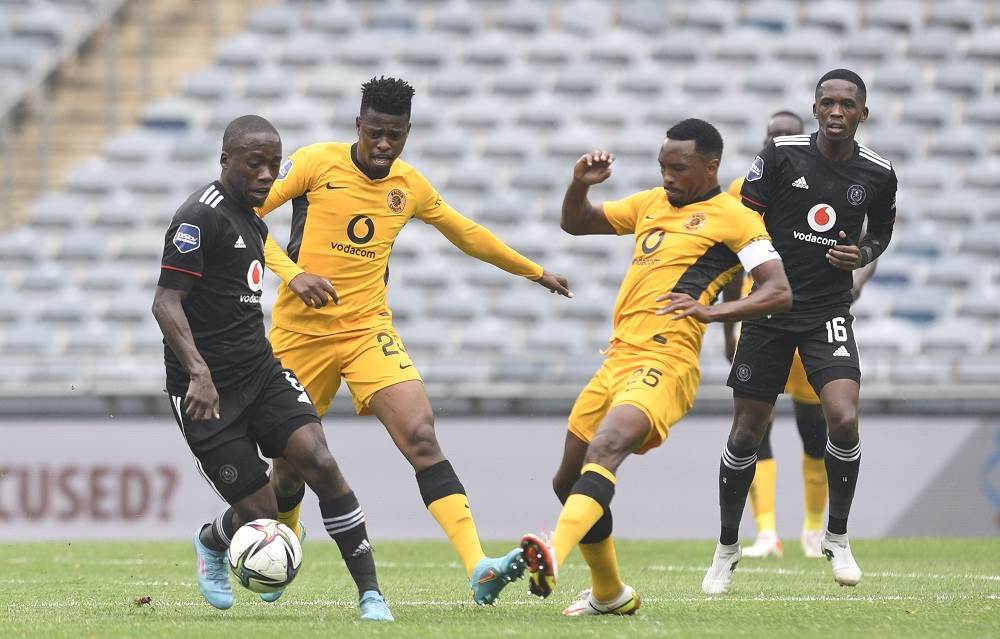 Kaizer Chiefs completed the league double over Orlando Pirates with a 2-1 victory at Orlando Stadium on Saturday.

Thembinkosi Lorch and Kwame Peprah were recalled to the Pirates line-up, as Njabulo Ngcobo, Bernard Parker and Lebogang Manyama returned for Chiefs.

Following their promising start, the Sea Robbers were behind on 18 minutes when a cutback by Parker allowed Reeve Frosler to attack and fire into the top corner at the first time of asking.

Pirates should’ve been back on level terms a minute later through a snap effort on the near side of the area by Peprah, but the Ghanaian striker fired into the side-netting.

The Glamour Boys seemed to have doubled their lead just before the half-hour mark through a smart finish from a tight angle by Keagan Dolly, but the assistant referee raised the flag for offside.

There were some light for the Buccaneers minutes to halftime whereby Peprah turned inside of Eric Mathoho and produced a stern save off goalkeeper Brandon Peterson.

Chiefs were forecd into a substitution in the closing stages of the first half as Khama Billiat made way for midfielder Kearyn Baccus, while Peprah had a goal disallowed for offside.

Pirates were energised and levelled nine minutes into the resumption after a quick move from defence to attack saw Thabang Monare feed an unmarked Peprah to tap home.

The Buccaneers coming back didn’t unsettle the Amakhosi, who nearly restored their advantage midway in the second half through a curler from an acute angle by Dolly.

Chiefs ultimately regained the lead in the last ten minutes when Mathoho sneaked in at the near post to head home a pin-point corner by Dolly.

The home side looked to have levelled again through a header by Olisa Ndah, but the upright kept the Buccaneers at bay.

Pirates weren’t done searching the equaliser as a long ball saw Terrence Dzvukamanja close in with a thumping strike in the area that Brandon Peterson parried and helped the Amakhosi to another derby win.