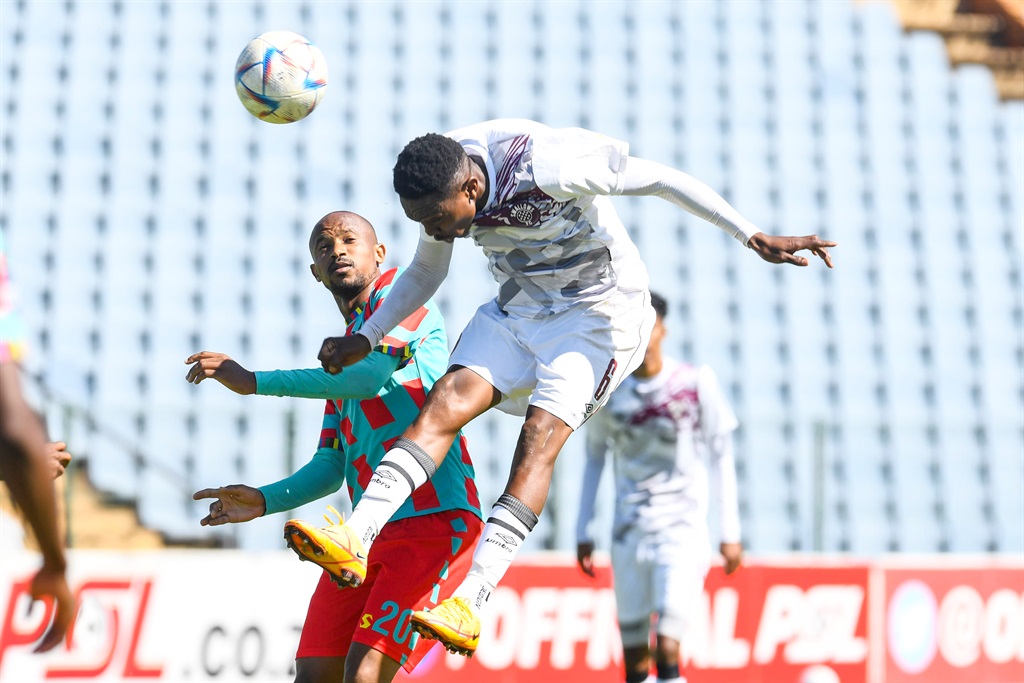 Ten-man Swallows FC and TS Galaxy played to a goalless draw at the Dobsonville Stadium on Sunday afternoon.

Galaxy were without goalkeeper Melusi Buthelezi as Vasilije Kolak were recalled alongside Xola Mlambo, while Swallows had Keagan Allan in for Siyabonga Zulu.

A few half chances from either side during the course of a tense affair played in soaring heat became the order of the day, but neither outfit proved decisive in the final third.

Swallows should’ve gone ahead minutes after the water-break when Junaid Sait headed a cross from a corner-kick in off the ground and over the top of target.

The Rockets were closest to the lead following the half-hour mark after a back-heel by Mlambo from a tight angle brought Marks Munyai on strike, but goalkeeper Thakasani Mbanjwa parried away.

Swallows were on the back-foot two minutes in the second half and were down to ten players after Gregory Damons picked up straight red card for a lunging foul on Aubaas.

Both sides struggled to put openings together around the closing quarter and half efforts in addition to shots from range became the order of the day.

As the match raged on, the Dube Birds looked to have snatched the win in added time with a header by Allan from a cross in but it was disallowed for offside, although replays suggest the defender was onside.

In the end, the two sides played to a goalless draw as neither outfit was able find the breakthrough in the closing seconds.