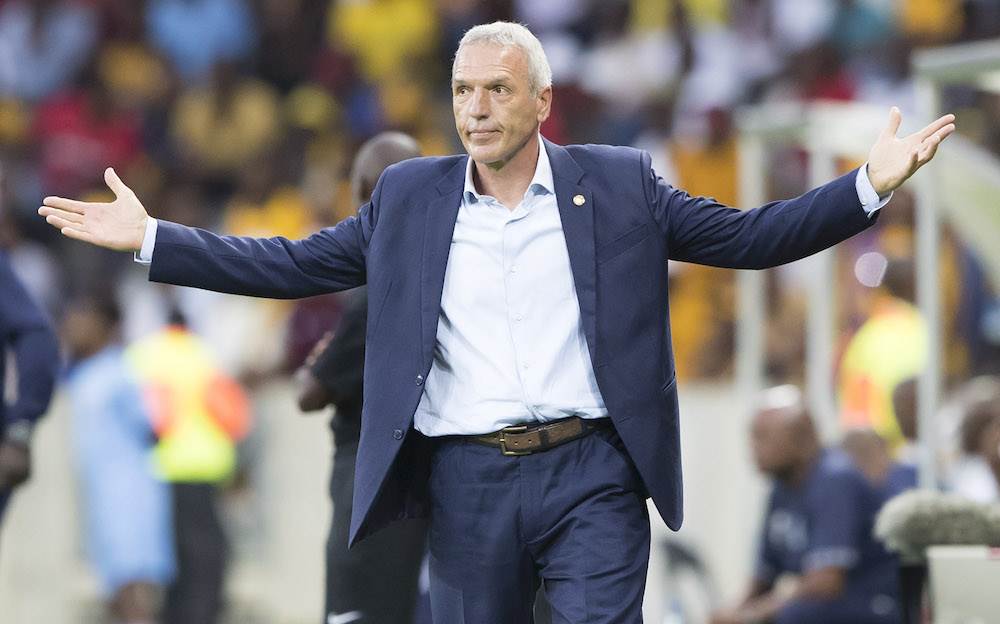 Kaizer Chiefs coach Ernst Middendorp has responded to reports of one of their key youngsters being targeted by Mamelodi Sundowns.

Masandwana are reportedly looking to snatch Siyabonga Ngezana from Chiefs and the German coach spoke about the situation after his side's 1-0 win over Golden Arrows at Moses Mabhida Stadium on Saturday.

"How should I be smart, you know sometimes something is written which doesn't have really a full story behind it," Middendorp said.

"Siyabonga Ngezana, I'm very happy with him. We found him in a way in a alot of fouls and a lot of whatever then he was in Egypt being a crucial part of qualifications for the Olympics.

"He played in Port Elizabeth and other games, played fantastic and his big advantage his age is on his side."

Middendorp says at the moment Ngezana, along with other young players, are at a crucial stage of their careers and the club is making sure they build the team around them as they are the future.

"I think at the certain time it is very, very crucial now. We have other players like Happy Mashiane bringing into the setup, Nkosingiphile Ngcobo and Njabulo Blom not only training but also involved with the MDC team."

On the link to Sundowns, the coach says the defender is in the plans of Chiefs regardless of getting fewer minutes, and he is contracted to the club.

"There's no way Ngezana is not in our plan, he's very clearly part of the plans at Kaizer Chiefs and for the future," he insisted.

"He's contracted for [I don't know], it's not a question of millions or whatever it is [to buy him]. He's in the plans of the team."