Ernst Middendorp: Why I left Ethiopia for Maritzburg United return 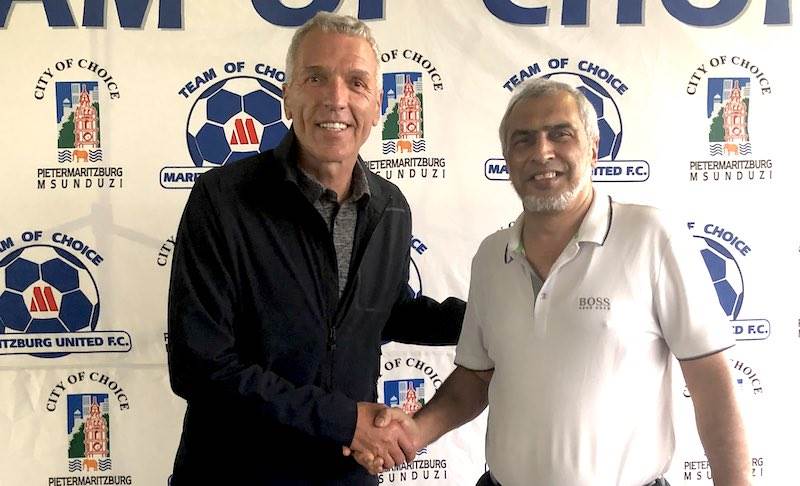 Newly appointed Maritzburg United coach Ernst Middendorp has revealed why he left Ethiopia a little over a month into the job to come back to the PSL.

The German tactician joined Saint George after parting ways with Amakhosi in September and revealed why he made the decision to return to South Africa so quickly.

"Sometimes you plan and something different happens," Middendorp said at his unveiling.

"Some circumstances made it happen to leave Ethiopia on Monday based on the civil war happening in the north of the country, and you now you have to decide, do you go to training with peace of mind while everything is happening?

"For me it was impossible. It's a decision that I had to take and of course something came straight away with Maritzburg United talking to me on Tuesday and Thursday, and now I'm back here."

Middendorp is back in familiar surroundings as he begins his fourth tenure in charge of the Team of Choice.

"It's definitely as you mention, it's a familiar place, knowing 90 percent of the players, knowing the technical team and members.

"Not only by name but also I worked with them in other functions, Rowen Fernandez as a goalkeeper and Delron Buckley as a player in different teams.

"It's obviously different for everyone at the moment to get into direction as players together but of course it's possible if everyone contributes. I think it's possible with the skills we have and let's see how we can get the results back.

The former Kaizer Chiefs coach says there has been huge progress at the club since he left and his focus now is to make sure he uses his experience to bring back the confidence of the players.

"Maritzburg United is a club that I've known for a while. I first came in 2009 and now it's 2020 which gives me a right to assess them. There's development and progress on what we started in 2009," he continued.

"Huge development and progress, players individually and the quality they brought in. Of course they lost some, it takes a little time to sort it out, but obviously we can't talk about the past, we have a number of players here and we look at what's next.

"I will look at analysing our game against SuperSport United [on Friday night], look at building confidence that something can be done in this game tomorrow, sharing the knowledge and ideas with the guys who have been with the team this week, nothing else."

Next on KickOff
Zwane prepared for Chiefs fixture congestion