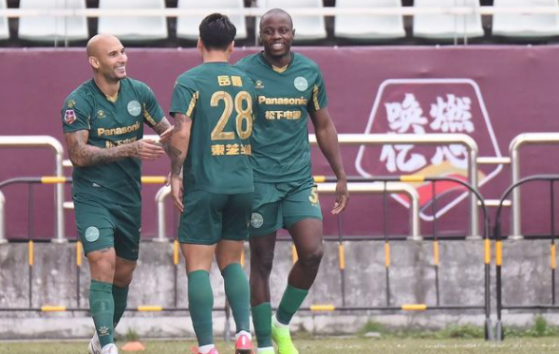 Veteran striker Nyasha Mushekwi is within touching distance of the top scorer award while firing Zhejiang Greentown Professionals towards promotion to the China Super League.

Mushekwi was on target again on Friday in the 1-1 against Jiangxi Beidamen for what was goal number 18 of the season from the 23 games that he has played.

Such is the weight of his goals that he has contributed almost half of all the goals that his club has scored and been on target against over half of the teams in the league.

The 34-year-old has scored in 10 of the 15 games that Professionals have won and none of his goals have come in matches that the club has lost.

The top two teams gain promotion to the Chinese Super League while third and fourth head into a promotion play-off.

This season the former Mamelodi Sundowns forward has scored a hat-trick once, a brace twice and added one in each game in 11 matches for the club that he joined two years ago from Dalian Professional.

Mushekwi has made so much ease scoring goals in China that it is certain that he will win the Golden Boot award come end of the season with his challengers Chisom Egbuchulam and Kingsley Onuegbu (both Nigerian) on 14 goals each.

With the 15 that he has scored this season it means Mushekwi has now been in double figures for seven occasions since his first season at Sundowns in 2010.

While earning good money which has seen him buy a bus worth R1,7 million for his former club CAPS United, the left-footed striker is now into his sixth year playing in China and is remembered for scoring 40 goals in 53 starts through his time at Sundowns.