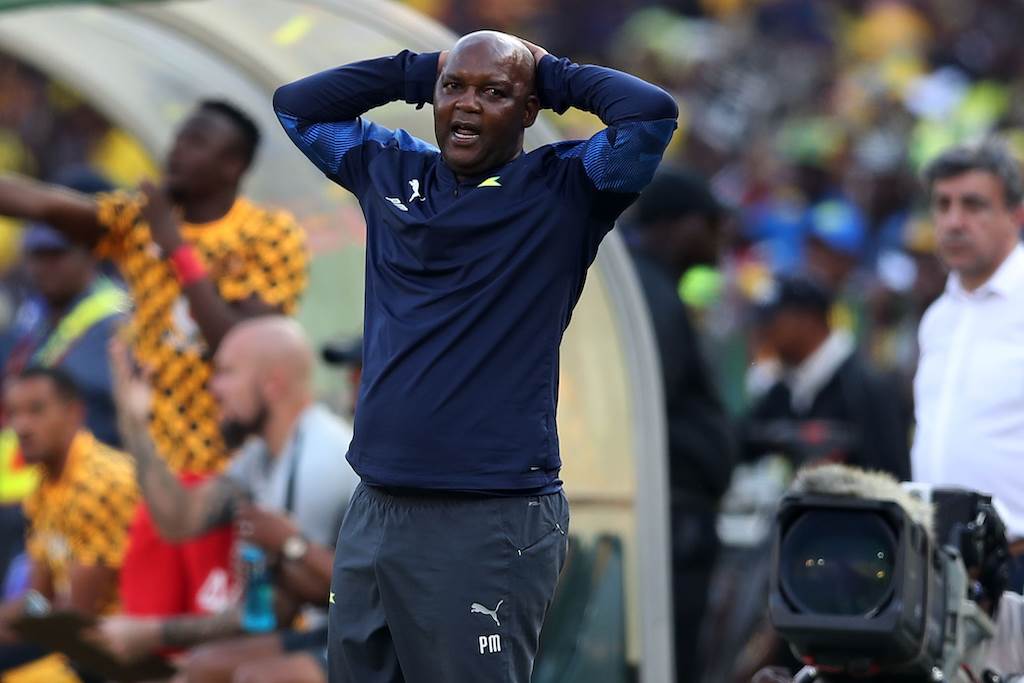 Mosimane reacts during his side's defeat to Chiefs Sasman put in a massive shift to contain Sirino It was a tough battle in midfield between Jali and Manyama Ali Meza passed a late fitness test and showed no signs of pain as he made a return to the Sundowns side. 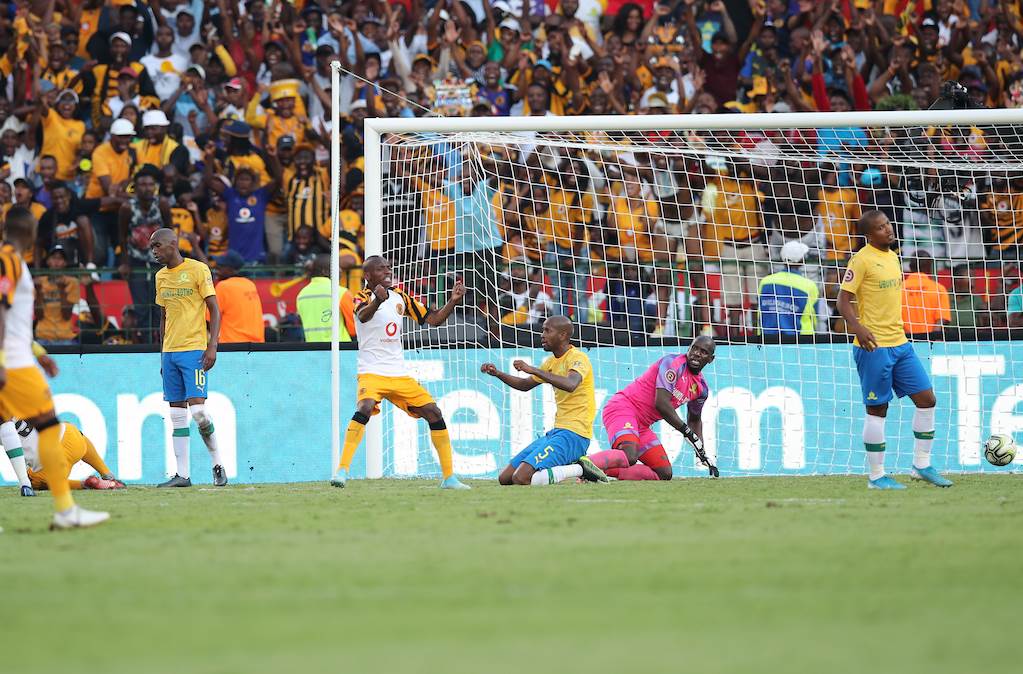 The moment Sundowns' hearts were pierced for a second time as Nurkovic bagged his brace. Nurkovic walked away with the man of the match award. 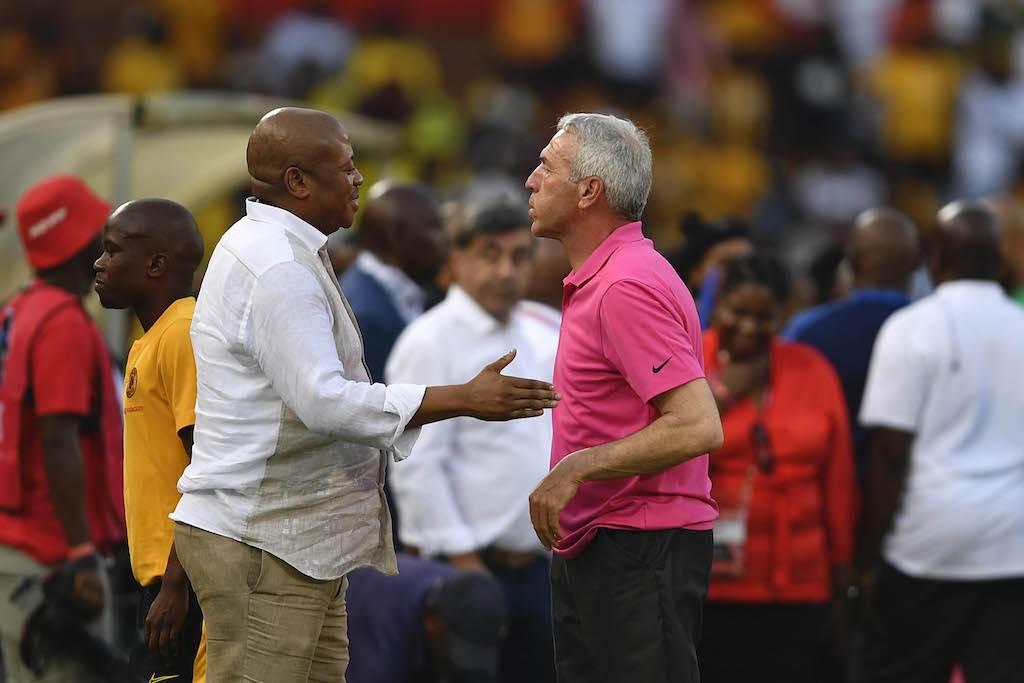 Middendorp breathed a sigh of relief at the final whistle as Chiefs maintained their place atop the log standings. 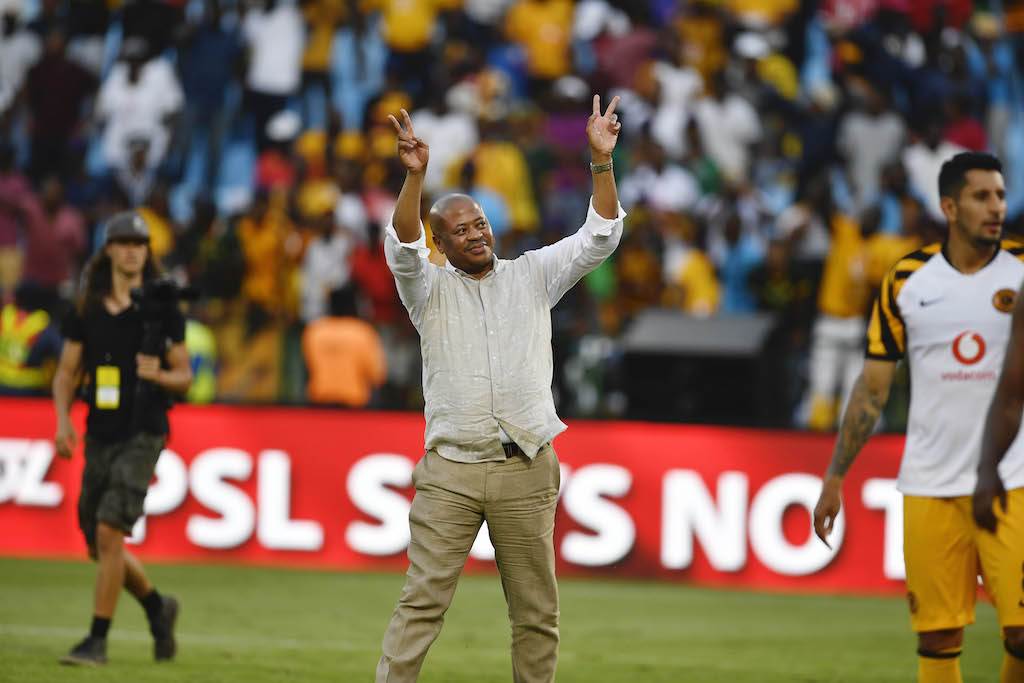 Bobby Motaung was full of smiles as he greeted the Amakhosi faithful who travelled to Loftus. Mosimane looked to avoid an altercation with Middendorp after the two had an exchange at half-time.

Relive the action as Kaizer Chiefs came out tops in their top-of-the-table battle with reigning Absa Premiership champions Mamelodi Sundowns on Sunday.

It was a fiery affair that lived up to its hype when log leaders Chiefs visited Sundowns at a sold-out Loftus Stadium in the scorching heat on Pretoria.

After much ado in the build-up to the mammoth tie, Amakhosi raced five points clear at the summit of the league table with a 2-0 victory over The Brazilians.

It was Samir Nurkovic's brace that decided the outcome of the tie, with the Serbian popping up in the right areas to properly announce his arrival in the PSL to the Tshwane giants.

Check out a selection of the best images from Sunday's match in the gallery above...

Tensions were high after all the talk over the last two weeks since the two sides' last meeting in the Shell Helix Ultra Cup at FNB Stadium, where Chiefs walked away 4-2 victors.

READ: Chiefs can have the sardines - Pitso

Despite Pitso Mosimane's pre-match mind games, Ernst Middendorp walked away with his pride in tact and another victory in hand at the end of the 90 minutes.

Sundowns still have a game in hand against third-placed Bidvest Wits, but will certainly not let the defeat derail their hopes of bagging a hat-trick of championships in the bigger scheme of the title race, while they will be looking to progress in the Telkom Knockout against Chippa United this coming weekend.

The Glamour Boys, meanwhile, move on towards Saturday's Soweto Derby against arch enemies Orlando Pirates in their TKO quarterfinal in Durban, before turning their attention back to league action against Chippa in Port Elizabeth and again facing Pirates the following Saturday in Johannesburg.