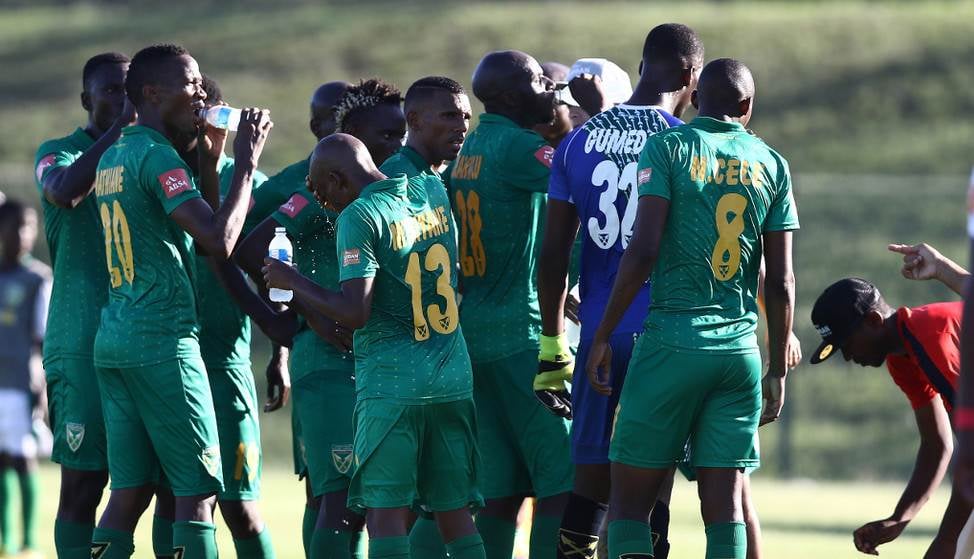 The former Orlando Pirates man joined Arrows in January on a six-month deal from Nyasa Big Bullets looking to help the club secure a top-eight finish.

However, Msowoya scored an own goal on debut against SuperSport United before getting sent off in the next game against Bloemfontein Celtic.

After serving a two-match ban, the Malawian then picked up a hamstring injury at training before the side's 1-0 win over Maritzburg United in the league on March 4.

"First game I played against SuperSport United it happened that I scored an own goal and the second game I got a red card, but the team won," Msowoya tells snl24.com/kickoff.

"After that I was supposed to play against Maritzburg United in the league and unfortunately I got injured.

"You've just to keep fighting and fight for the club which is the most important thing. I'm happy with the technical department, the management, the chairlady [Mato Madlala], Mr [Gordon] Masondo and they support each and every player.

"You just have to work hard and fight for the team to be in the top eight and finish in a good position."

The 28-year-old says he is now fit and available for Saturday's visit of struggling Highlands Park at Princess Magogo Stadium (15h00).

"I've started training with the team and I'm fit now but it is the coach who'll decide if I play or not," he says.

"And what I'm hoping for in these next games; let the blessing of God and the power be upon our team for Golden Arrows to succeed in every game we are going to play.

"For myself, I cannot promise anything but I just want to be part of the team that can succeed in something.

"I also want to score goals and I know I've an intention to score goals. But it's teamwork first and work for the team and do better."