How Bunene Ngaduane lost chance to play in Soweto Derby Ngaduane was a hit at QwaQwa Stars scoring 79 goals 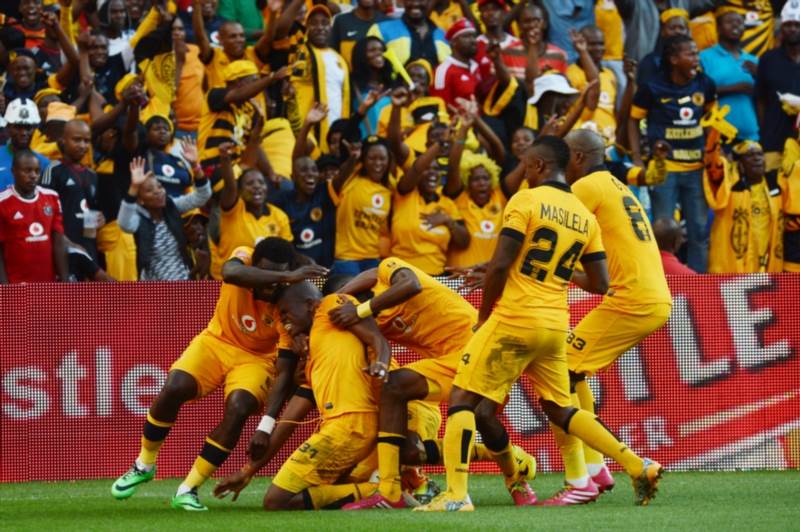 Ngaduane now supports Chiefs, whom he could have joined in 1999 He could have played for any of Pirates, Chiefs or Mamelodi Sundowns

Bunene Ngaduane believes he would have blossomed playing in the Soweto Derby had he not been doubted by Orlando Pirates and then priced out of the market for a move to Kaizer Chiefs in his prime.

The prolific former DR Congo international never played for either of the two Soweto giants and had his best years in domestic football through two spells at QwaQwa Stars, where he scored 79 goals between 1993 and the year 2000.

"I missed my chance to play in the Soweto Derby twice because I could have joined Pirates and Chiefs," Ngaduane tells snl24.com/kickoff.

“When I first arrived from Congo, I didn’t even know which team I was coming to because our deals were being done by these Congolese officials who were crooks. At the airport I met a guy who I later discovered was from Pirates, but they didn’t take me because I think they were not sure about me.

"I ended up in a very cold place with mountains in the Free State and had to play there. In the years after I discovered that Pirates just didn’t think I was good enough from looking at me at the airport, so I always wanted to punish them when we played them," he says.

Learn more about ex-PSL marksman Ngaduane in the gallery above

Having built his name in the domestic game by scoring goals at will including two of the three goals that won Stars the 1994 Coca-Cola Cup, he found himself staying at a hotel in Johannesburg and training with Chiefs.

"It was just before Muhsin Ertugral took over that I found myself at Chiefs. Muhsin knew me from his time as coach of Congo [1995/96] and had seen me when I played in Turkey after I left Stars the first time. I then trained with Chiefs and they put me up in a hotel in the Johannesburg CBD.

"I trained with the likes of Doctor Khumalo but then after two weeks I got worried why they were not saying anything to me when they already know me so well. Screamer Tshabalala [then Chiefs director of football] told me that the money that Mike Mokoena [late Stars boss] is asking for, it looks like he doesn’t want you to go anywhere.

"Mokoena wanted R500 000 which would have been a record transfer fee at the time, so the deal didn’t happen. In the end I just let it go but it would have been great to play in the Soweto Derby just like I played for Motema Pembe versus AS Vita in Kinshasa," says Ngaduana, who declares that he is now an Amakhosi fan.

"I have always had a soft spot for Chiefs, which is why I even got in trouble while at Stars when I mentioned that I would like to play for Chiefs in an interview I did with KICK OFF magazine all those years back!" he laughs.