In this edition of My Dream Team, legendary goalkeeper, and former coach Innocent Mayoyo names a starting line-up of free agents available for DStv Premiership teams to sign.

"Because I don't have a centre-back who is suitable to my style I will put Philani Zulu there," Mayoyo tells KickOff.

"I think age is one of the reasons such quality finds itself on the side-lines this season. 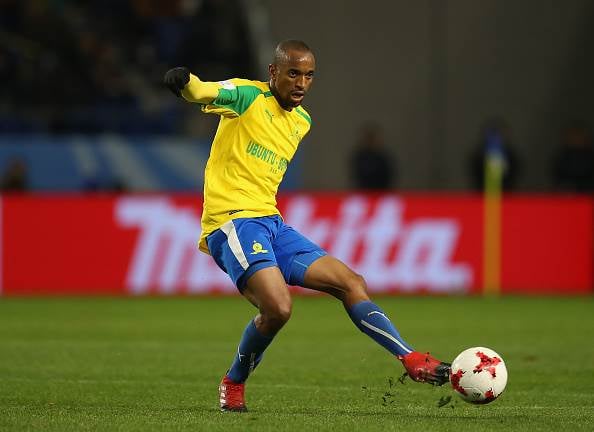 LW - Lebohang Mokoena - I can talk the whole day about 'Cheeseboy'. 1v 1, one-two's, go inside the box. Cheeseboy was very good.
Kickoff Samir Nurkovic and Sedwyn George of Royal AM during the CAF Confederation Cup, 1st preliminary round - leg 2 match between Royal AM and Mbabane Highlanders at Moses Mabhida Stadium on September 16, 2022 in Durban, South Africa. (Photo by Darren Stewart/Gallo Images)

"I think South African teams are starting to focus more on the future in terms of players.

"If you can look carefully, it has now become a trend this thing of considering young talent over older and experienced players.

"Problem number two it's the budget. If you look at most of these players, they are highly experienced, and some of them are international they come from outside countries.

"Which is something that makes them quite expensive.

"And you must remember some of these players are from big teams, so it won't be easy for them to find new clubs because they are going to end up being a big fish in a small pond.

"And coaches are always wary of outspoken players, players who can stand for their rights you see.

"But what I can tell you is this team of mine will score in each and every game they play.

"Look at my forwards, look at the supply from the midfield, I go for goals I don't have time to defend.

"With this team route-one football will be the order of the day.

"You apply the system based on the calibre of the players that you have. You have to adjust according to the strength of your players."