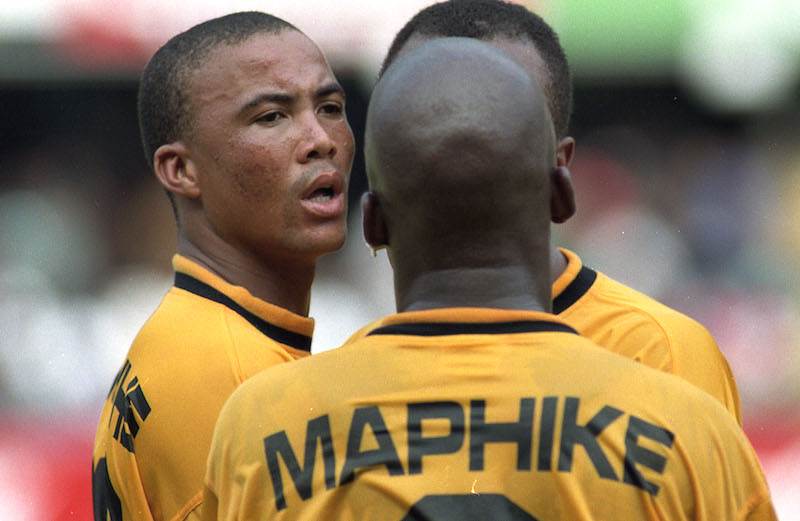 Former Kaizer Chiefs defender Jacob Tshisevhe has lifted the lid on more alleged dirty politics behind the scenes at Naturena.

Tshisevhe, who was a dependable centre-back who earned a few Bafana Bafana caps, played for Amakhosi in the 1990s during the days of Neil Tovey, Ntsie Maphike and Lucas Radebe.

Check out Tshisevhe in action for Chiefs above!

And while he was celebrated by the club's supporters during his spell from 1993 until 2000, the former Amakhosi jersey number 20 claims all was not rosy behind the scenes.

The 51-year-old says he will never forget the tough times he endured during various battles with the club, including being underpaid.

Tshisevhe took a break from football for a year after leaving Naturena in 2000 before a short stint with Black Leopards in 2001, but eventually signed for Sundowns in October 2001.

Then at the start of the 2002/03 season he lasted just three more months at Mamelodi Sundowns before leaving and retiring at the now-defunct City Pillars in 2003.

Now he tells his side of the story of what happened at The Brazilians that forced him out of Chloorkop.

"Remember, people like Kaizer Motaung, they don't want to be exposed. Ja so my contract stated that, 'If you are over 26 years, you are free to go to any team of your choice.' Do you get me?

"Because they [Chiefs] were afraid of the competition, they could see I could still play you see. So they sent me from pillar to post. I got to Sundowns, I found Ted Dumitru. He didn't want to play me because he gave me just one message.

"Then I went to the Tsichlases. I told them that I got the message from Ted Dumitru that Kaizer Motaung says he must not play me. But they were also shocked.

"You remember after that Ted Dumitru got a job at Kaizer Chiefs? Do you remember him coaching Chiefs for two years? The time they won league titles. So I think that was his reward for doing the job, and dis waar he didn't play me.

"So ja, I realised that I could lose my life because of football. If you have powers to tell a coach of another team not to play me... how big are your powers?"

The Rustenburg-born ex-player was asked to describe his relationship with the Glamour Boys hierarchy.

"My relationship was right. I was never too close with the likes of Kaizer Motaung you see. Ja because I was experiencing a lot of things... I lived my own life.

"At first everything was right because you are new, but when times goes on you realise, 'I've made a mistake by coming to this team.'

"Lifestyle, other players, people thought they were better. But not realising we are all players, aiming for one similar thing. Others would be with you, others will go sit with the coach [talking] about you.

"Others would think they are better than other players, thinking they are owning Chiefs you see. Others when they make mistakes, a coach would keep quiet, but when some of you make mistakes the coach would shout at you. We are the players who were working hard, do you get me?"

Tshisevhe says his nickname 'Asinamali' had nothing to do with that experience.

"According to me, I reminded people of Jackie Masike [Chiefs legend who shared the same nickname]. I don't know how he got it though."

Chiefs were given an opportunity to comment on these allegations, but have not responded since Wednesday, 1 July.

Meanwhile, former Sundowns chairperson Nastasia Tsichlas does not remember if anything of that sort ever took place.

"Aargh [laughs]! You know anyway, I don't want to make something that happened years ago that I'm not sure about," Tsichlas says.

"I have to know the story behind, you understand. And I don't think Kaizer will ever do something like this. I don't remember that to be honest.

"You know those years, what I remember from those years are the good things. We [Sundowns] had the beautiful football."