OPINION: Itumeleng Khune is worthy of his selection for Rio Olympics 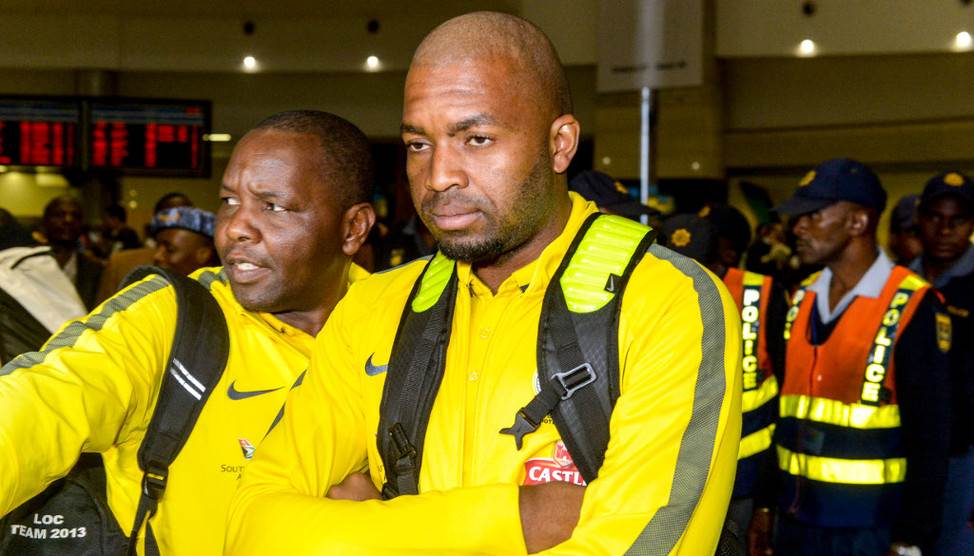 Such derisory comments reminded me yet again just how divided the football community is in this country.

There has been a heavy dose of opposition which has extended to anger and jealousy on some occasions from those that believe Khune should not have been called up to the Olympic squad.

The outcry has been led by Moeneeb Josephs and Nathan Paulse who have made it no secret that they are disgruntled and aggrieved that Khune has been selected.

Retired footballers Mathew Booth and Benni McCarthy – who were at the 2000 Sydney Olympics as players – have also questioned the objectivity in having Khune and Mulomowandau Mathoho in the squad.

With the rules stating that each qualifying team is allowed three over aged players for the Olympics, Under-23 coach Owen da Gama has chosen to rather take two – Khune and Mathoho.

Josephs and Paulse have directed their detestation at Khune with the latter particularly scathing in showing his displeasure.

It is all because both Josephs and Paulse are anticipating that the Kaizer Chiefs keeper will overshadow Jody February in the goalkeeping department.

Who is Jody February?

He is a 20 year-old keeper with four starts to his name at modest Ajax Cape Town with two of those having come his way after Anssi Jaakkola was forced out due to suspension last season.

It is clear that February’s two year stint in the PSL so far has been as a mere back-up option and he will definitely need an experienced shoulder to lean on at  the Olympics.

Yes, February saved the penalties that led to South Africa clinching the ticket to Rio at the qualifying tournament in Senegal but was his general showing between the sticks convincing?

Who Da Gama ultimately chooses to play between his two keepers will be secondary because February will definitely come out having benefitted from the presence of his senior competitor.

With Josephs and Paulse boiling in their victimisation of Khune it has left me wondering what their answers to the questions below would be.

Is it Khune’s fault that Da Gama has chosen to select him for the Olympic Games?

Has Khune not been the best goalkeeper in this country for much of the last decade?

Is Khune not the most capped and experienced goalkeeper ever in the history of Bafana Bafana?

Has Khune not played at the FIFA World Cup, FIFA Confederations Cup and AFCON finals; and should that experience just be flushed down the drain?

Was the defending at the qualifiers for this tournament convincing enough to face up with Brazilian superstar Neymar?

Did this team not concede seven goals (the highest of all eight teams) at that tournament in Senegal?

Did Da Gama not raise his concerns back then?

Why the uproar now?

As far as Paulse is concerned Khune is of no value to this Under-23 team and he sees no reason why he was chosen.

Paulse’s argument is that Khune hasn’t done anything great for South African football so his experience and caps gained for Bafana Bafana count for nothing as senior national team caps have been won by every Tom, Dick and Harry.

Paulse feels Khune is not better than February and there is also a false hype that has been built around the Chiefs number one, arguing that if he was as good a keeper then he would have already been playing in one of the top leagues in the world.

Instead, he feels SAFA is trying to push their golden boy for a last shot to be put in the world’s eye for a possible transfer to a big team.

According to Paulse only those competing at a higher level than the PSL should have been called up as over aged players.

Isn’t it strange that the voices of disapproval about Khune’s selection in this squad have come from those who have Cape Town roots or are largely those of a similar skin colour to Jody February?

Would Josephs and Paulse have been making this kind of noise had Nkosingiphile Gumede been the one in February’s shoes?

Even if Khune is not playing in a different league, it shouldn't even be up for debate that compared to February he is a far better keeper.

The Brazilians have brought in Neymar because he is their best player in attack so why then do some people have problems when South Africa also selects the best that the country has in another position which happens to be between the posts.

Maybe Kaizer Chiefs Football Manager Bobby Motaung is right after all – the crusade of the anti-Khune inclusion is pumped up by jealousy!

Khune deserves to be in this squad.

DISCLAIMER: This article in no way reflects the views of KICK OFF and is solely the opinion of the author.