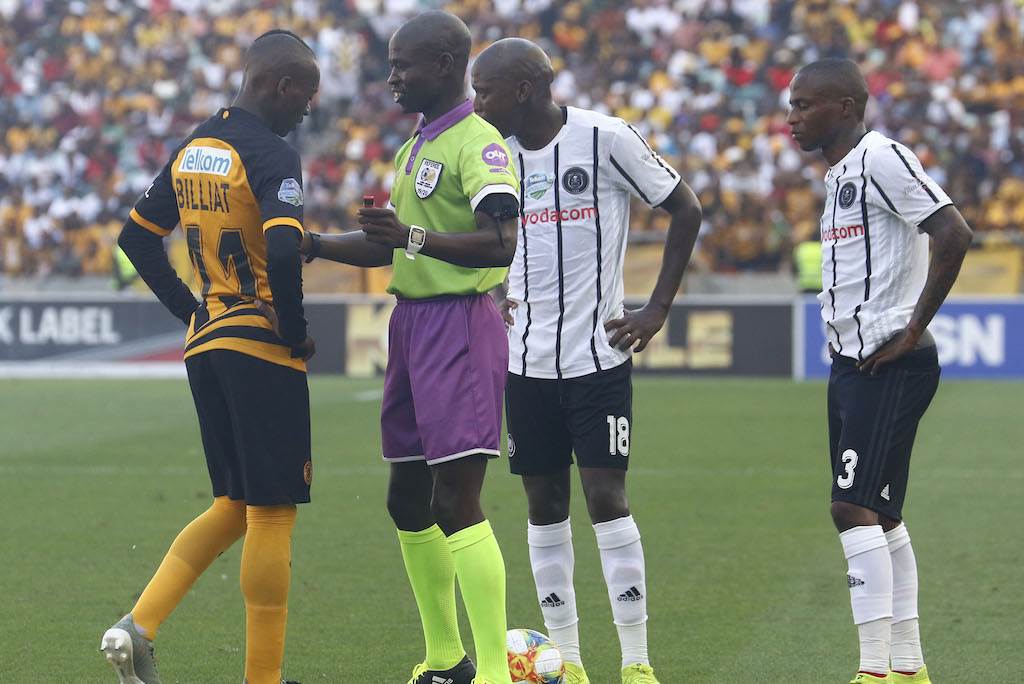 Kaizer Chiefs star forward Khama Billiat has reacted to the incident between himself and Orlando Pirates star midfielder Thembinkosi Lorch.

Billiat and Lorch clashed in the Telkom Knockout quarterfinal Soweto Derby in Durban last weekend, with the latter having been lucky to escape a red card a few minutes before half-time.

The Pirates attacker initially impeded his Chiefs counterpart before proceeding to stamp on the Zimbabwean while he was down, and referee Jelly Chavani showed leniency as he issued a yellow card.

While many argued that it should have been a different colour, Billiat has since had his say on whether the incident has caused any bad blood between them.

“I don’t want to think there’s something personal; it’s a big game, it’s games where we really need to control our emotions,” said the 29-year-old.

‘It comes with a lot of pressure and I just think it’s those moments where one needs to control himself better, and I don’t think there’s anything personal.

“It happens everywhere in the world and when emotions are high, you tend to do the wrong thing. We spoke after, we’re cool; we’re professionals.

“I’ve also done some crazy things that I don’t like to do – it’s football, you have to take it as a man and we’re professional.”