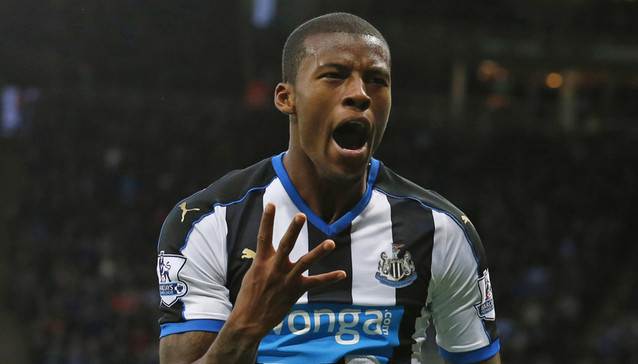 Wijnaldum, 25, joined the Reds in a £25m deal on Friday evening after undergoing a medical at the Anfield outfit's training base earlier in the day.

"I think he can be a great player for us," Klopp told the club's official website. "He has already shown some really good moments in his career but the most exciting and important thing for me and my staff is that there is still so much extra to come from him.

"When I talked to him I could tell that he knows we have to work together to get this level out of him to all be successful for the team.

"He has played a lot for his country already, been captain at a young age in Holland and also been involved in a tough Premier League season so this experience gives him a good foundation for the challenge here - which everybody knows is huge.

"He can play a few positions for us and players that come through the Dutch system usually have a good tactical understanding and flexibility. That's really important.

"I can't wait to get him on the training pitch and for the fans to see him play in a Liverpool shirt."

Wijnaldum was ever-present for Newcastle last season, featuring in all 38 of their Premier League fixtures and making a further two appearances in cup competitions.

The Rotterdam-born player, who has represented Holland 30 times, has been handed the number five shirt.