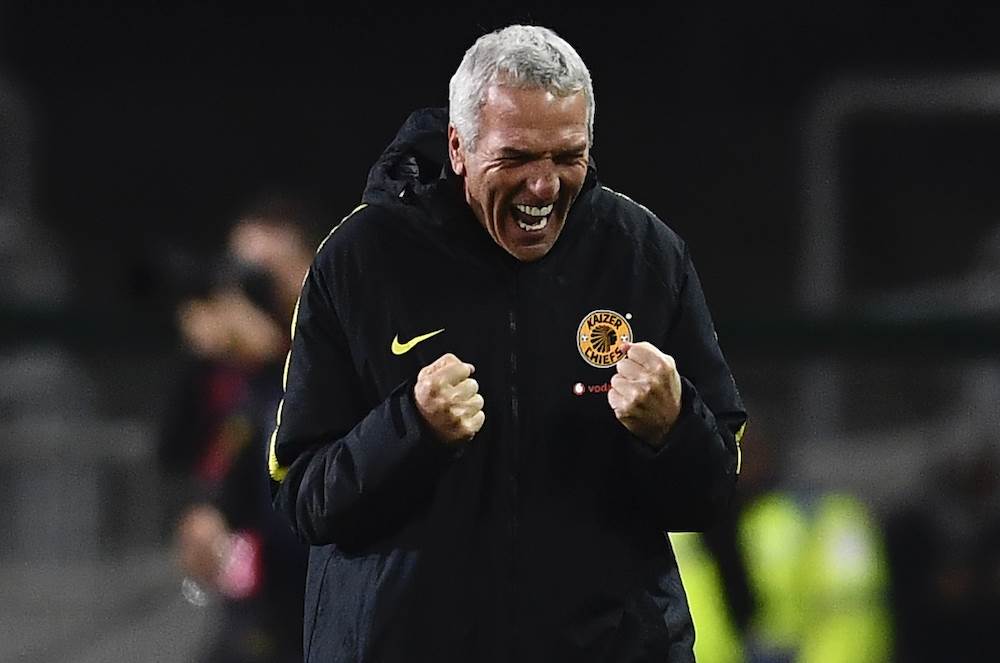 Kaizer Chiefs can breathe a sigh of relief if the PSL season ends early because history suggests Mamelodi Sundowns are likely to pick up more points.

The PSL has suspended all Absa Premiership, GladAfrica Championship and MultiChoice Diski Challenge matches until further notice following the state of disaster declared in South Africa.

This could be good news for Chiefs as Sundowns set foot into the last third of the season carrying a psychological edge of having had a better finish than Amakhosi in all but just one season since Pitso Mosimane took over in 2012.

Through most of this campaign Mosimane has warned Chiefs that what matters is who gets to the finishing line first instead of the leader during the race, and he has reason and experience to back up all his talk.

So, it is understandable why Chiefs fans are getting worried seeing their lead at the top shrinking.

In all of the last six full seasons that Mosimane has spent at Chloorkop, Sundowns have taken more points than Chiefs in the last 10 games in all but just one of those campaigns.

It was only in 2014/15 that Amakhosi were a step ahead of The Brazilians when they racked up 22 wins out of 30 under Stuart Baxter compared to 20 out of 30 for Mosimane’s men.

That was the last time Chiefs won the league.

READ: Pitso: I have seen this movie before

Even in the season when Mosimane took over a Sundowns sinking in crisis (2012/13) his record in the last 10 games was better than Chiefs.

Sundowns were able to grind out 16 points from 30 but finished in the bottom half after a horrible first half of the season under Johan Neeskens, who then made way for Mosimane in December 2012.

Though Chiefs ended up as champions that year, they only banked 14 of the 30 points available in the last 10 games.

So, emotions aside, facts state that Sundowns are more effective than Chiefs at this time of the year in matters related to completing any successful title challenge.

Even in the 23 years that domestic top-flight football has been played under the PSL banner, Chiefs have had a stronger finish in the last 10 games in only nine seasons while Sundowns have had a better ending on 14 occasions.

Last season Sundowns took 20 points from the last 30 available while Chiefs pocketed just 11, with that Downs home-stretch run buttressed by the fact they won their last five league games.

In as much as they have been strong towards the rope, Sundowns have also been awful in some years with their worst finish being in 2008/09 when under the duo of Henri Michel and Ted Dumitru they took a mere six points from 30.

The best finish for Chiefs was in the 1998/99 season when they gathered 27 out of 30 under Paul Dolezar while they reached an all-time low in the 2015/16 season under Steve Komphela, earning just eight points from 30 in the last 10 games.

For Chiefs they have already won one and lost one in the first two of their last 10, which has Bidvest Wits, Polokwane City, Bloemfontein Celtic, Stellenbosch, Sundowns, Wits again, Chippa United and Baroka.