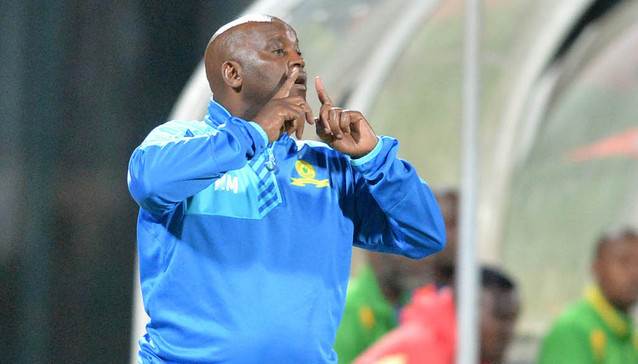 Last night's Lucas Moripe Stadium encounter may have failed to deliver the thrills of last week's 5-0 thrashing of SuperSport as it took a lone strike from Hlompho Kekana seven minutes from time to decide the match.

However, whether it be five goals or one, the three points once again headed back to Chloorkop, leaving Mosimane's men fourth in the table but just two points behind leaders Cape Town City and with two games in hand.

And speaking after the game, 'Jingles' was pleased to see his side maintain their concentration levels right until the end, which ultimately proved key in their success.

“They [Sundowns] were patient when the going was tough,” the coach said on his club's official website.

“It was a closely contested game and SuperSport were organised.”

The result was a damning one for SuperSport who are now arguably out of the title race, finding themselves nine points adrift of the league summit, although they do have a game in hand over the Citizens, giving United seven games in which to turn things around.