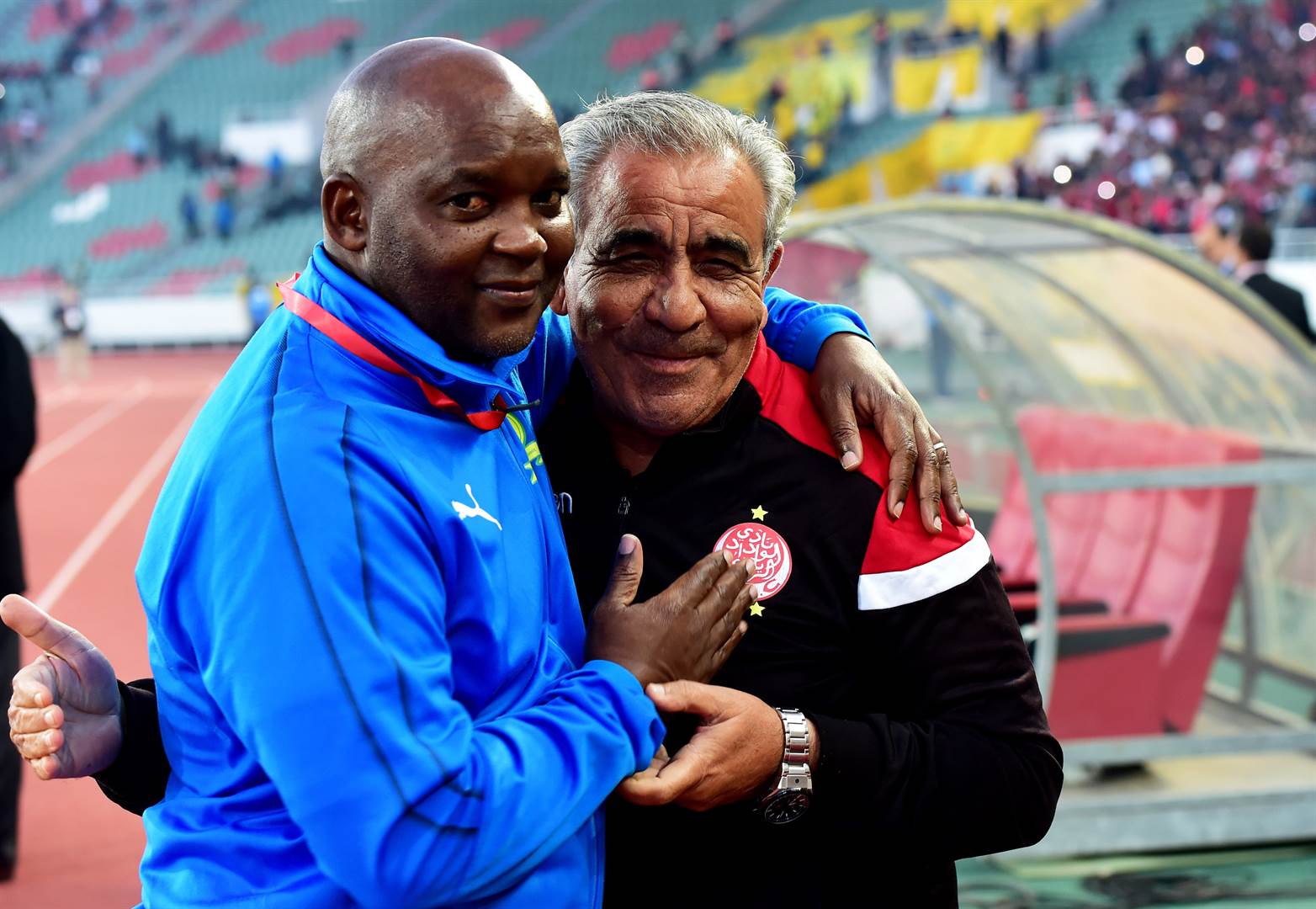 Pitso Mosimane’s men got the all important away goal, thanks to a first ever Sundowns goal from right back Anele Ngcongca, in their 2-1 defeat to Wydad.

“While I’m not entirely happy with the result because we lost 2-1, I’m happy with the performance from the team bacause it’s always a difficult place for us here in Morocco but we improve,” Mosimane told the Sundowns website.

The former Bafana Bafana coach added: “We made a lot of mistakes at the back, but you have to understand that everyone is stressed because it’s the Caf Champions League semifinals and everyone wants to go to the finals. I believe we should have cleared the ball in the first goal.”

“It was the first time I see Wydad so stressed at the back, it’s also because we scored the important away goal.”

Sundowns were back in the country on Saturday, after flying back to South Africa with a chartered flight. They take on Black Leopards in Thohoyandou on Tuesday (19h30), as they look to go level on points with log leaders Orlando Pirates, who were not involved in Absa Premiership action over the weekend.