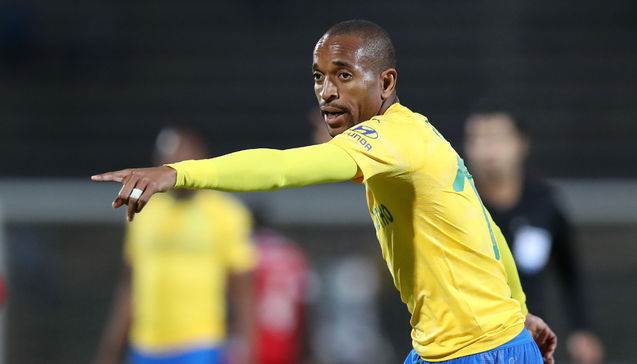 Mabunda was named man of the match in a game which ended goalless at Orlando Stadium on Monday, as Sundowns stretched their lead at the top to three points.

The former Black Leopards midfielder had a solid game in the middle of the park and said he has to "sacrifice" himself.

"The coach emphasised on the important things we had to go through in the match. I've learnt to trust his judgment with what he decides on how the team must play on the day. The whole it was the emphasis that I should sacrifice myself. The way I enjoy playing was not the way I was supposed to play because this game was a totally different game," Mabunda said after the game.

"I've learnt throughout the years that he's never made a mistake with the way he wants me to play. If he is to decide on any day that I should go play number nine, I'll definitely go there because there's something he sees. I believe he sees that we have not seen and I'm glad that the plan we had throughout the week brought us to where we are today. We are grateful for the point because we knew that it was not going to be easy.

"The team has grown so much, to a level whereby the coach's decision sometimes we may not be comfortable with, but the outcome is always pleasant and today was one of those days. We are happy with the point and we know that it keeps us on top."