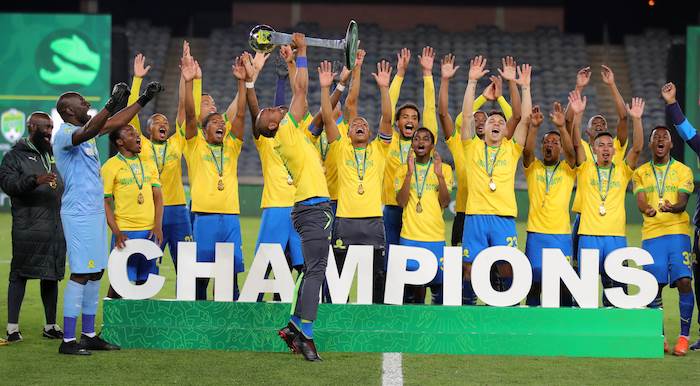 2019/20 treble winners Mamelodi Sundowns will do battle with KwaZulu-Natal teams in the Msunduzi Cup in preparation for the new season.

The Brazilians have accepted an invitation to play in the pre-season tournament against Maritzburg United, Golden Arrows and AmaZulu, who won it last year.

This will be the second edition of the event at Harry Gwala Stadium organised by businessman Lebo Mokoena, whose move to join Bloemfontein Celtic as a sponsor fell through due to economic downturns.

With his connection to Siwelele, many expected Celtic to replace Bidvest Wits as the team from outside the KZN province, but Mokoena has instead managed to secure the league champions.

"I don't want to talk about Celtic and why they are not there, it's not a secret that I wanted to be part of them but I don't want to comment on this matter for now," Mokoena tells KickOff.com.

"And let me give thanks to the KZN teams for always supporting us as Mkoena Group, without them there won't be this tournament."

As the country grapples with the financial effects of Covid-19, Mokoena expects the event to generate a much-needed cash boost for the region, with R500 000 cash set to go towards CSI initiatives and youth development in the Msunduzi Municipality.

Mokoena has expressed his gratitude to have Sundowns on board for the two-day tournament, which will be played in a strict bio-bubble environment on the weekend of 10-11 October and broadcast on SABC 2 and SABC Radio.

"For us it’s a dream come true that a big team like Sundowns is coming," he adds.

"It shows how fast this brand is growing. I love how they operate the team, there's no arrogance despite being champs of three trophies, and I love them."

Sundowns will don their new PUMA strip at the event, which you can also WIN by entering our SMS competition here!