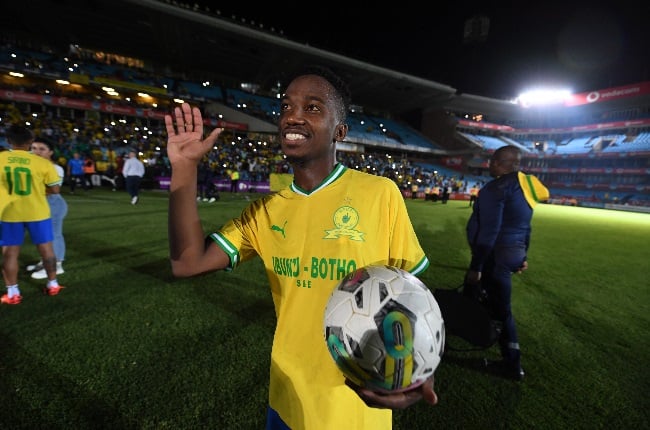 Mamelodi Sundowns starlet Cassius Mailula has revealed his predictions on which young player will shine at the World Cup currently underway in Qatar.

Mailula has been a revelation for Sundowns this season. The attacking midfielder has contributed five goals and one assist in just seven appearances for the DStv Premiership champions.

While PSL takes a break to make way for the 2022 World Cup, Mailula has backed another youngster to shine in Qatar.

"Vinicius Junior from Brazil and Real Madrid. He is still young but the way he takes on seasoned players is amazing," Mailula told the Mamelodi Sundowns Magazine.

"I can’t wait to see what he does with his teammates, Neymar, Gabriel Jesus and Rodrygo. Brazil is my team at the World Cup.”

The Selecao go into the tournament on the back of a seven-game winning streak. The five-time world champions will kick off their World Cup campaign on Thursday evening against Serbia before locking horns with Switzerland on Monday.

Their last group game will be against Cameroon on Friday, 2 December.

On his favourite player at the tournament though, the Sundowns academy product picked Argentina’s Lionel Messi.

"I have to go for Lionel Messi. There are no words to describe him because he has broken all kinds of records. I love his movements with and without the ball. I hope he finally gets the chance to win the World Cup with Argentina," the 21-year-old added.

Meanwhile, Mailula will only return to competitive action when Sundowns takes on Orlando Pirates on 31 December in the DStv Premiership.