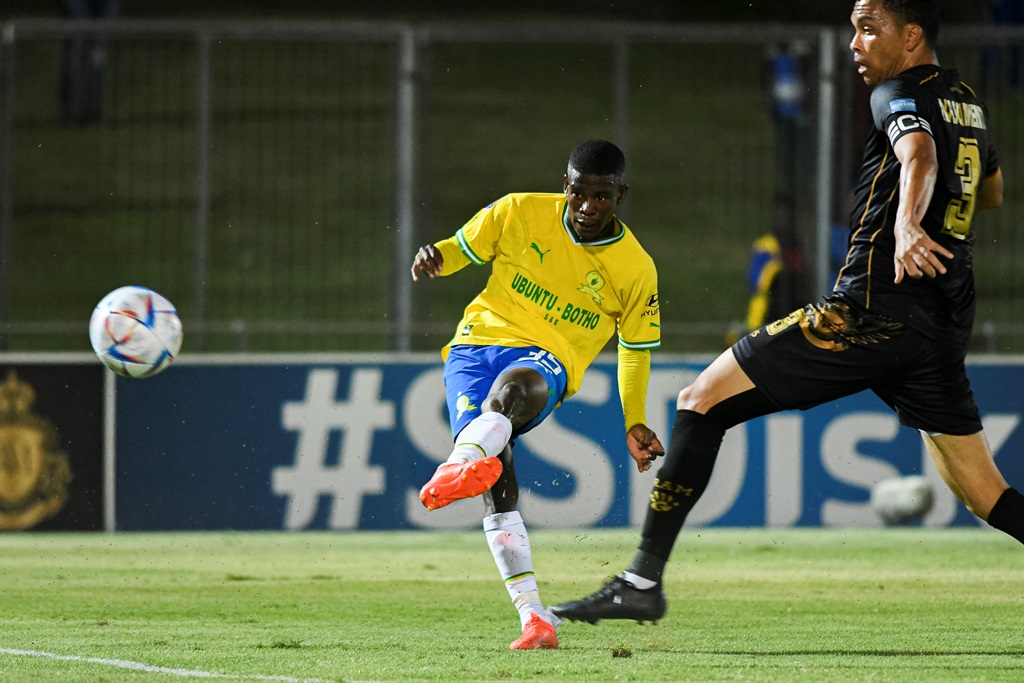 Mamelodi Sundowns registered a 3-0 win away to Royal AM and moved six points clear at the summit of the DStv Premiership standings.

Sundowns coach Rulani Mokwena made just one change following their win over Maritzburg Unite, with Mothobi Mvala introduced for Rushine De Reuck who was left out of the match day squad.

Not a lot separated the league leaders and the host in the opening exchanges, but the flashes of brilliance most notably in possession from the two outfits showed from time to time.

Royal AM were closest to make the breakthrough after the midway mark when Lesvin Stoffels’ close-range shot from the far post following a free-kick forced a goal-line clearance.

Masandawana had little forward momentum and for large parts of the first half struggled to get balls in behind the Royal AM defence and relied on long passes in the process.

The title holders though stayed compact in all departments and thus broke the deadlock on the stroke of halftime when Neo Maema sold one challenge to curl home Cassius Mailula’s pass.

Sundowns decided to bring on a change at the break, as Khuliso Mudau entered for Mosa Lebusa whilst Thwihli Thwahla remained unchanged.

With Mfundo Thikazi introduced by AM, Masandawana were pushed to the edge and like in the first half enjoyed little forward momentum and passes in the channels too.

Sundowns regained momentum following a slow spell and were two goals up when Mailula tucked in on the rebound from Xolani Ngcobo who had parried Teboho Mokoena’s initial shot.

The Brazilians made it three with a minute to go after substitute Gaston Sirino rounded Ngcobo and cutback for Surprise Ralani to tuck in a gaping net.

Masandawana ended up victorious and extended their cushion at the top of the table in their final league match before the mid-season break.