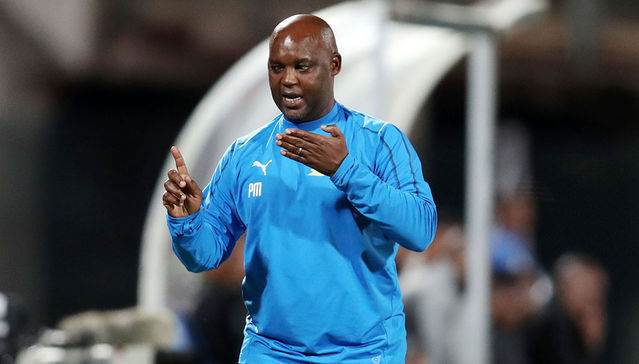 The Absa Premiership leaders played to a stalemate with the Soweto giants, who have now moved up to second spot in the standings.

“Congratulations to Tiyani Mabunda [Man of the Match], he played an important role as we have explained to him because when you play against Pirates they have two [number] tens and a nine, that’s how they score goals,” the former Bafana Bafana coach told SuperSport TV after the match.

“It came out as expected, we pressed them at the top so that they don’t play, brilliant but they are a good team hey. They can move the ball well but we have to manage the game. It’s okay,” he continued.

“It’s a true reflection of the game. For me it was to move this game away. This game is gone. I can focus on the rest. I have Chippa [United], [Black] Leopards, Baroka, SuperSport United. I need to focus. This game was a thorn in the flesh. It was the same game we had of Maritzburg [United] before the [CAF] Champions League [but] at least we have four days to recover before the big game on Saturday.

“I have to give credit to the boys. They played two [CAF] Champions League [campaigns] in one season. Imagine if we had played Nedbank Cup what would have happened to us? You cannot play for Sundowns, play like this and you don’t live the right type of life. Your social life has to be proper, these boys are soldiers. They play football the proper way.

“We wanted to win, to be honest we always win here, I’m not bragging but tonight was very difficult. Pirates is a good team. They played very well, we can take a point. It’s okay.”

Mosimane also gave credit to Masandawana fans who came out in large numbers.

“When people love you, you feel it in the system. They deserve the title. We will fight for the title. But I’m happy Pirates say they want the title now, which is good,” he said.