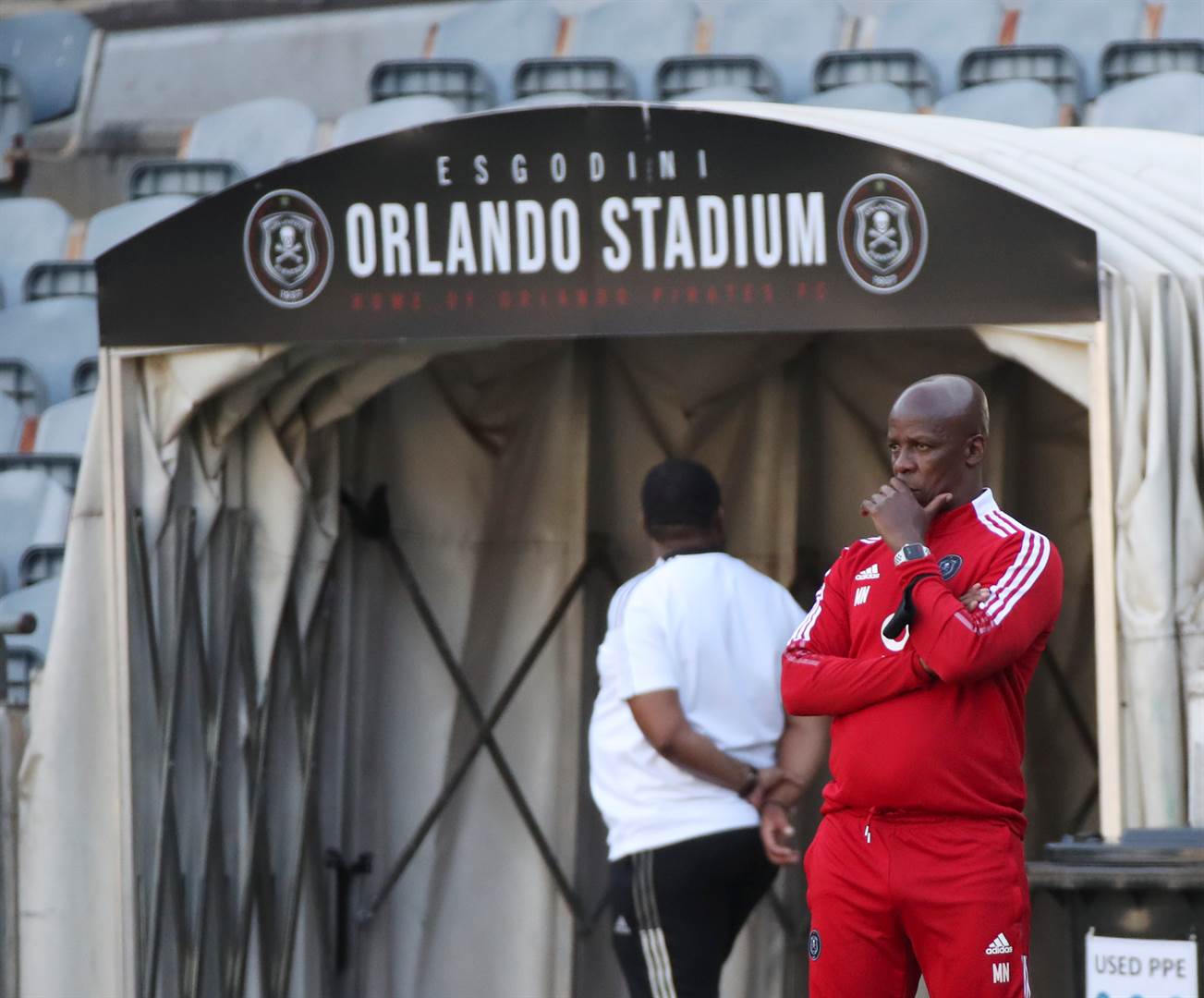 Orlando Pirates co-coach Mandla Ncikazi has admitted that the Buccaneers are desperate to turn things around ahead of Wednesday's clash against AmaZulu.

Pirates have suffered a challenging start to the 2021/22 DStv Premiership season where the club has won just four of their opening 13 matches of the campaign, losing two and drawing seven along the way.

The Soweto giants' indifferent form has seen the club drop to seventh place in the log standings and a mammoth 12 points behind league leaders and reigning champions, Mamelodi Sundowns.

For co-coach Mandla Ncikazi, Wednesday's clash against fellow strugglers AmaZulu presents an opportunity to rectify the situation in a match he believes both teams will be desperate to walk away from as victors.

"I think it is two desperate teams, desperate for points," he told Bucs' media team ahead of the match.

"If you consider how AmaZulu played in their last match [against Royal AM], which I thought they should have won, but they couldn't score, and it was the same scenario with us in our previous match.

"We know they are a good side, but like I always say, if Pirates play the way we play and dominate the match the way we dominate, and take the chances we create, we have a big chance of taking full points.

"Maybe the fact that we are desperate, we also create panic around the players where we should be encouraging them to be more composed around the box. That's the only way of taking the chances that we create."