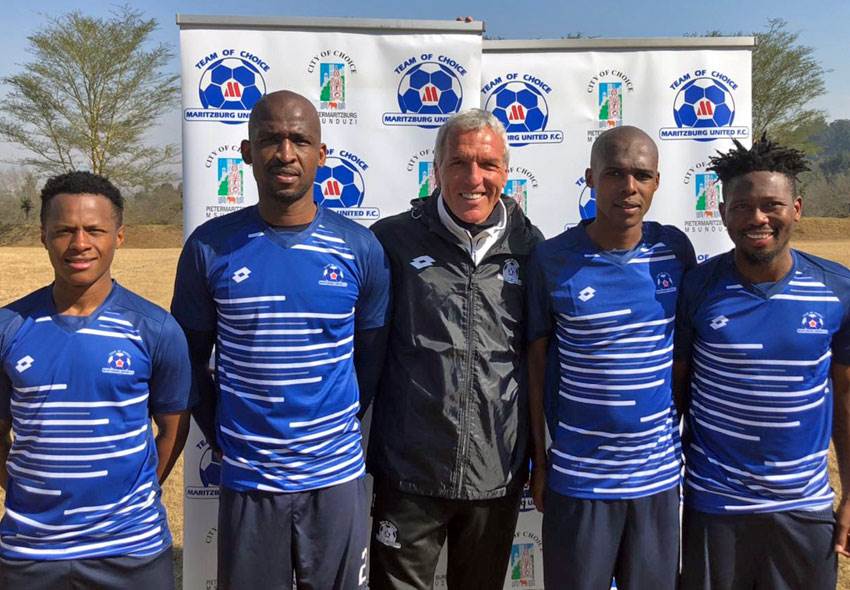 Maritzburg United have bolstered their goalkeeping department with the acquisitions of Tato Lesoma and Renaldo Leaner.

After signing former Kaizer Chiefs shot-stopper Brylon Petersen on Wednesday, the Team of Choice have strengthened their squad further by securing the services of Tato Lesoma and ex-Cape Town Spurs 'keeper Renaldo Leaner.

"I’m very excited to be part of the team this season and I look forward to working hard and giving my all on the pitch..." Lesoma told the club's website.

He and Leaner become the club's eighth and ninth new arrivals ahead of the 2021/22 DStv Premiership season, with United having already landed the signatures of Petersen, Lifa Hlongwane, Rowan Human, Zukile Kewuti, Alfred Ndengane, Brandon Theron and Richard Zumah.

The club's new signings could all be in action on 21 August when Maritzburg travel to the Sugar Ray Xulu Stadium for their Premiership opener against Golden Arrows.