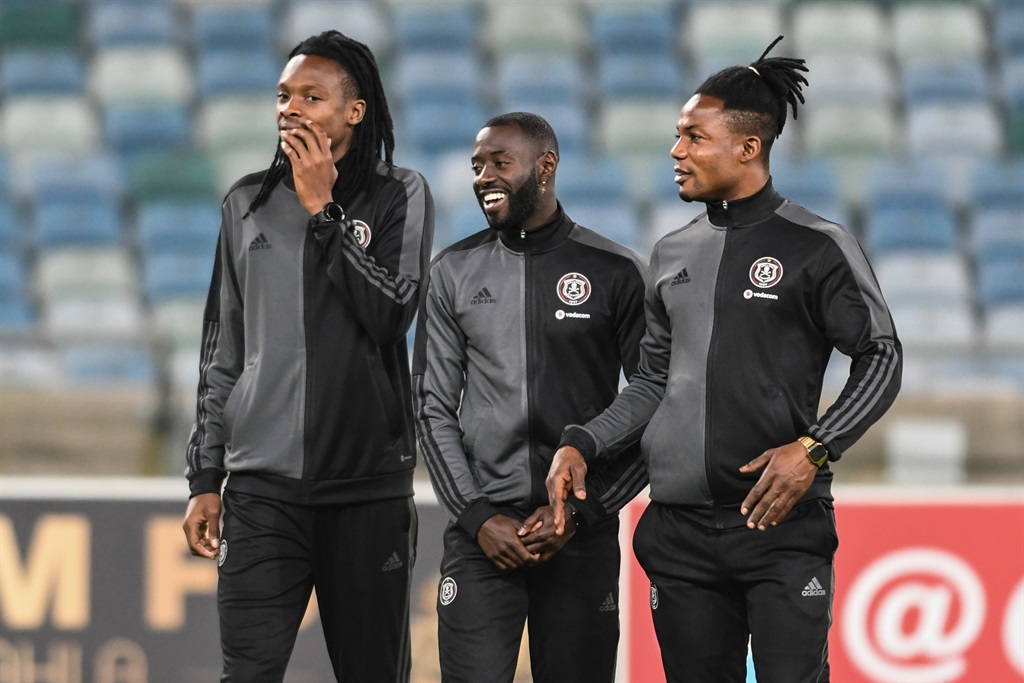 As exclusively reported by KickOff the Ghanaian is about to seal a move to the KwaZulu-Natal club.

Peprah has fallen down the pecking order at Pirates despite having a great start last season.

He scored nine times in 38 appearances.

This campaign he has failed to find the back of the net in the six matches he played so far.

Kadodia has confirmed they are looking to the 22-year-old to solve their goalscoring problem.

Kadodia could not say which foreigner they will be deregistering though as they already have Anye Derrick Fru, Friday Samu, Tawanda Macheke, Amadou Soukona and Kimvuidu Karim in their books.

"Ja we hope he will add something we lack at this stage."

Pressed further on whether they are looking to bring him on loan or a permanent deal, Kadodia replied.

"We still negotiating so obviously we will see about that. We hope he will get us some goals."

According to an insider either one Cameroonian goalkeeper Fru or Zimbabwean Macheke will make way for Peprah.

"The way it looks Derrick [Afru] and Macheke will be the ones affected," A source says.

"As for Macheke, he has already stopped training with the team, though Derrick is still here with us."