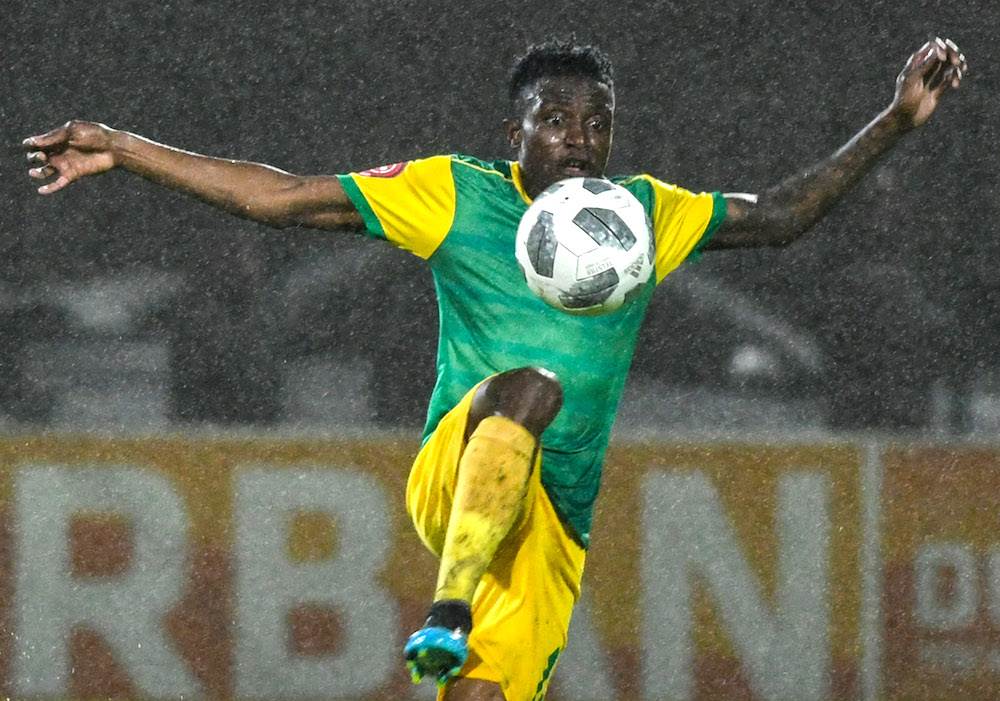 Masibusane Zongo believes the country is now imitating European football as the discussion about showboating in the PSL returns.

Still famous for the skills and flair he has shown on the football pitch throughout his career, the former SuperSport United midfielder still believes the next generation of skilful players can revive the South African style of football.

As the debate about Fortune Makaringe kneeling on the ball during Orlando Pirates' 1-0 win over Mamelodi Sundowns on Wednesday night continues, Zongo's viewpoint is particularly fitting.

"I feel like we want to imitate overseas football and European teams. We want to play their football and even some of the coaches," he tells snl24.com/kickoff.

"But there are still those few who believe in South African football. Not that it's not working for some but they needed to accommodate a local style of football.

"I believe there are some youngsters that are coming up that can revive South African football."

Sundowns coach Pitso Mosimane is one of the PSL coaches who are against showboating just for the sake of it, and has made his feelings on the matter known again.

"At the same time the coaches are doing their job and play for results," Zongo reasons.

"You get coaches that will tell you to 'either play the way I want or you are out'. Obviously you will play the way the coach wants because you want to be in the team.

"I used to enjoy working under coaches like Cavin Johnson, Wilfred Mugeyi and Roger de Sa who used to encourage me to play my football and would shout at me if I try to play another type of football.

"At the moment I don't see any player playing Mzansi style of football. The last player I used to enjoy watching in local football was Pule Ekstein.

"There is also another boy at Golden Arrows, jersey number 15 [Ntsako Makhubela] who tries to play the kind of South African football."

Zongo was thrown a lifeline by Tshakhuma Tsha Madzivhandila in December following his great performance during a festive season tournament held in Daveyton after being in the wilderness for the past few seasons.