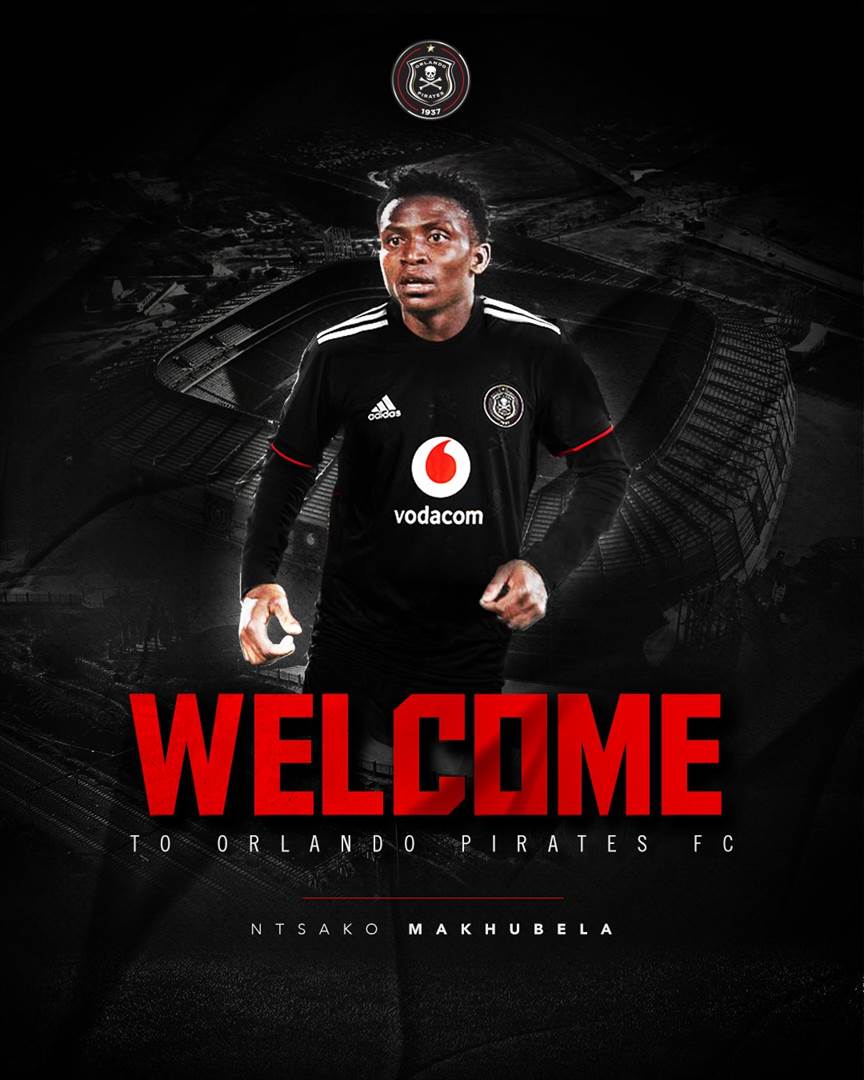 Orlando Pirates' new signing Ntsako Makhubela’s move back to the club came at the perfect time according to former Buccaneer Manti Mekoa.

Born in Carletonville, Makhubela then grew up in Diepkloof, attended Orlando High School and after his time in the amateur ranks proceeded to the Pirates reserve team under Nathi Masike.

After being promoted to the Pirates first team ahead of the 2016/17 season, he was loaned out to Real Kings and since worked his way back via Arrows.

"This is definitely the perfect time for him to come to Pirates. Playing for a big team you first need to establish yourself elsewhere like what happened with me before I came to Pirates and this is what I told him," says Mekoa (formerly Moholo).

Mekoa says that he has no doubts that Makhubela will shine on the bigger stage.

"He has shown what he can do while elsewhere and so this is the time to come and put on a show at Pirates. I know that he loves the big stage, and he is going to enjoy being at Pirates. I can’t wait to see him playing in the black and white kit.

"He is going to make things happen for Pirates because I have seen what he can do while training with him and playing with him in some games. The plus is that he has matured over the years which is a crucial element when it comes to being at Pirates. He is going to be worth all the effort it took Pirates to get him back into the club.

"I don’t doubt him because he is very talented, and I have seen him get into tight situations but still be able to get out of them. It is not every player that can do what he can do which shows the quality that he has but I am not trying to put pressure on him. The reality is that the team that he is now playing for is already defined as pressure. He likes the crowd and so fans will get to enjoy what he can do once they (fans) are back in the stadiums. He can even take added responsibility, and I like him for that.

"He is never shy to ask for the ball because he wants to make things happen. With the quality that he is now going to play with this will be exciting because when you play with the best players you also become the best player unlike when you are around ordinary players. Pirates has that quality," says Mekoa adding how he got to know Makhubela.

"We are both from Diepkloof though he is from a different zone and much younger than me. During the off-season I used to train with Rulani Mokwena at Black Poison, and I would take him along because I could tell that he is a young boy who wants to make it so I made it known to him that for him to make it then he has to make sacrifices, so I am with where he is now," he adds.