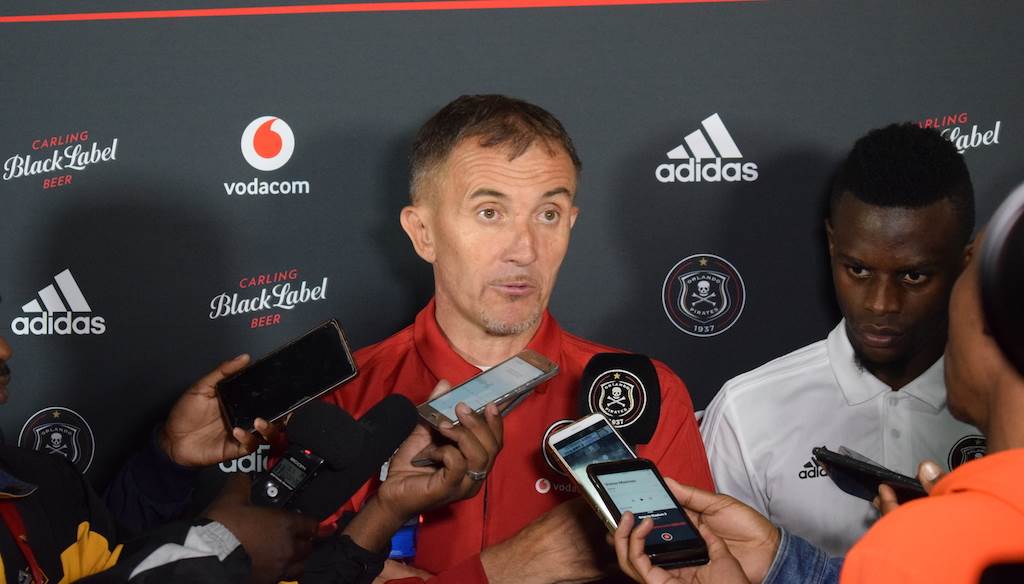 Orlando Pirates coach Milutin Sredojevic has admitted their current situation is exciting but guarded against getting ahead of themselves.

Pirates currently sit pretty at the top of the Absa Premiership table, boasting a six-point lead over second-placed Mamelodi Sundowns, who have three games in hand.

But the mere fact that The Buccaneers were able to enjoy a run of three consecutive victories to get where they are now, has them firmly believing in their title chances.

READ: Maela: The excitement is there, but ...

And though he has downplayed this for several weeks, Sredojevic has admitted that he is personally relishing this experience, but also remains open to the reality of aiming to at least consolidate a return to next season’s CAF Champions' League.

“I’m enjoying it very much because this is how you grow as a sportsman and team, and it’s an amazing experience,” said Micho.

“Last year we had been in the running until the match where we lost against Cape Town City, but we have really stretched ourselves and we want to continue this year.

“The minimum we’re looking at is a second consecutive return to the Champions' League. Whatever else comes, we shall see.

“Nothing else and nothing more [matters], except the Maritzburg United match, in our minds.”