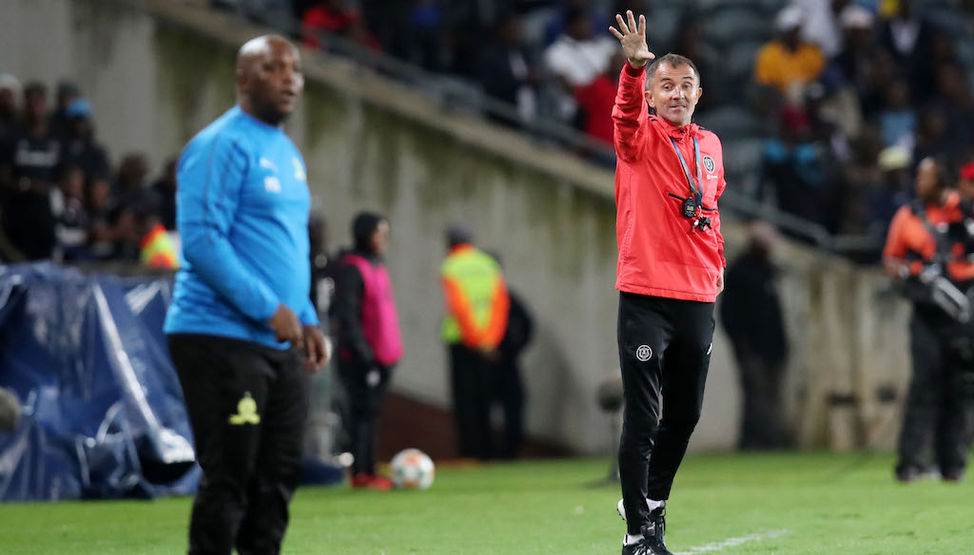 Pirates currently lead the log standings with a three-point gap over second-placed Sundowns, whose engagement in the CAF Champions League quarterfinals has them two matches behind.

However, speculation has been rife over the possible punishment to be handed down to the reigning league champions, after they were found guilty of fielding an ineligible player in Wayne Arendse during their 1-1 draw with Bidvest Wits in October last year.

With their sentencing set for today, April 12, some have suggested that the point they earned could be docked, given the precedent set with Ajax Cape Town’s contravention of the same rule last season, which could then see The Buccaneers gain a further advantage.

However, Sredojevic insisted they are not concerned by what goes on in the boardrooms and will therefore not comment on the possible point-deduction.

“As a house rule, our focus is totally on the game of football. We don’t know anything; we don’t think about this and I have nothing really to comment,” said Micho.

Should the point be deducted from Downs, two more will go in the way of Wits, who will then move to within five points of Pirates.