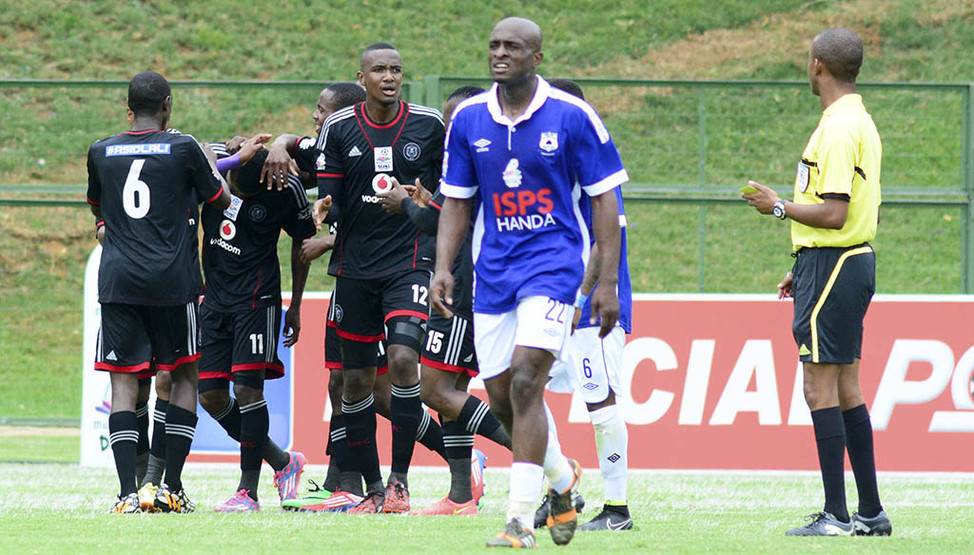 Pirates came into the game like wounded tigers after being beaten 2-1 by Bidvest Wits last week.

The Bucceneers made a lot of changes to the team, bringing in the likes of Tlou Segolela, Lehlohonolo Maselesa and Khethokwakhe Masuku, who warmed the hearts of fans at the stadium with his silky skills.

Augusto Palacios’ team started the game in the driving seat, with Segolela proving a real threat for Aces on the left. AmaZayoni only had two shots at goals in the first half, and this is down to a Bucs defence well marshaled by Khanya Gwala.

Pirates had to wait until the 31st minute to open the scoring through the hard-running Segolela, who was set up by Menzi Masuku, to slot in beautiful goal past Aces keeper Cyril Mollo.

AmaZayoni came back a changed side in the second half, but still failed to break down Bucs defence.

The win moves Pirates to the top of Group B, while Aces slip don to second.