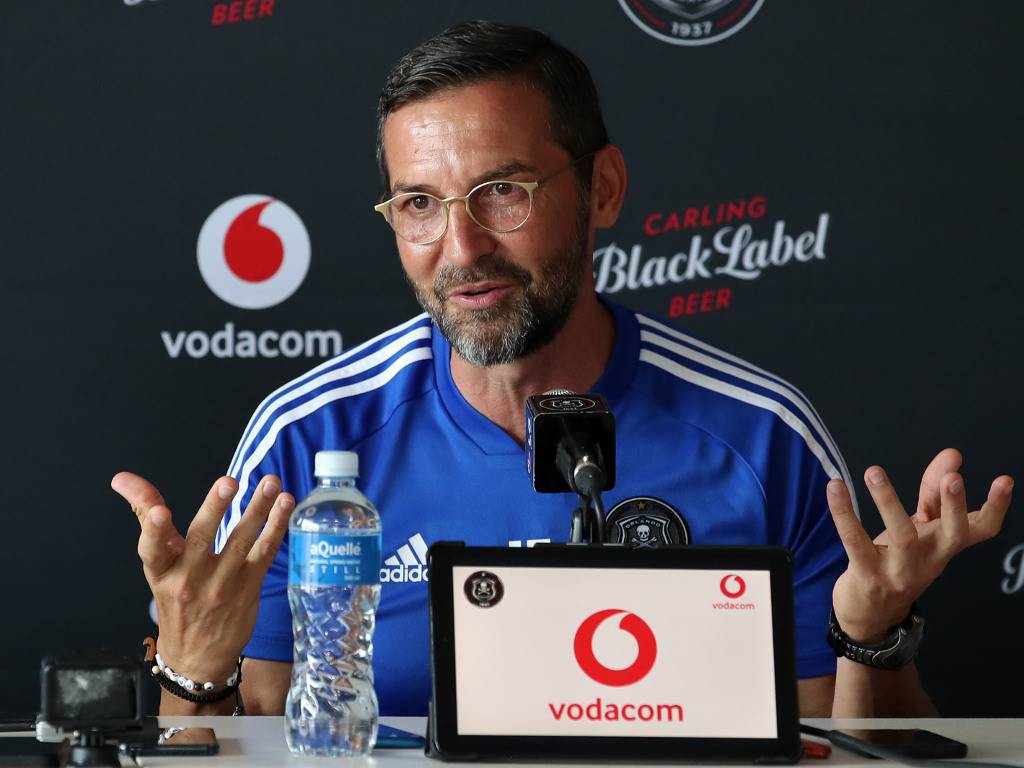 The 23-year-old then went on to cap his meteoric rise by lifting the Cosafa Cup with Bafana Bafana.

To further his development though, Pirates have opted to loan him back to Swallows for the upcoming season where he is expected to face his new parent club in the MTN8, this weekend.

"I expect a good season but hopefully not against us. It's normal," Zinnbauer said in a pre-match press conference.

"He's a good player that's why we signed him, he offered insight to us when he was with the national team, he came back and did well in the short training stay he was with us.

"But there was a decision from both sides [to join Swallows]. I think he has the possibility to improve in a good team, Swallows was a good team last season.

"They play a very good style, I know they had 20 draws but with a little bit of luck they could have more wins, then they are close to the top, it's a good team.

"Saleng has an opportunity to improve their team performance and in the next months or years at Pirates but at the moment the focus is not Saleng but my team and I'm happy about loan players from Pirates, they perform well at other clubs like Messi [Tebogo Tloane] for example."

On the imminent signing of highly-rated Ghana striker Kwame Peprah from King Faisal, he concluded: "He had a medical check but he's not in the training session."

Pirates and the Dube Birds will do battle in a derby MTN8 quarter-final at Orlando Stadium on Saturday afternoon (18:00).