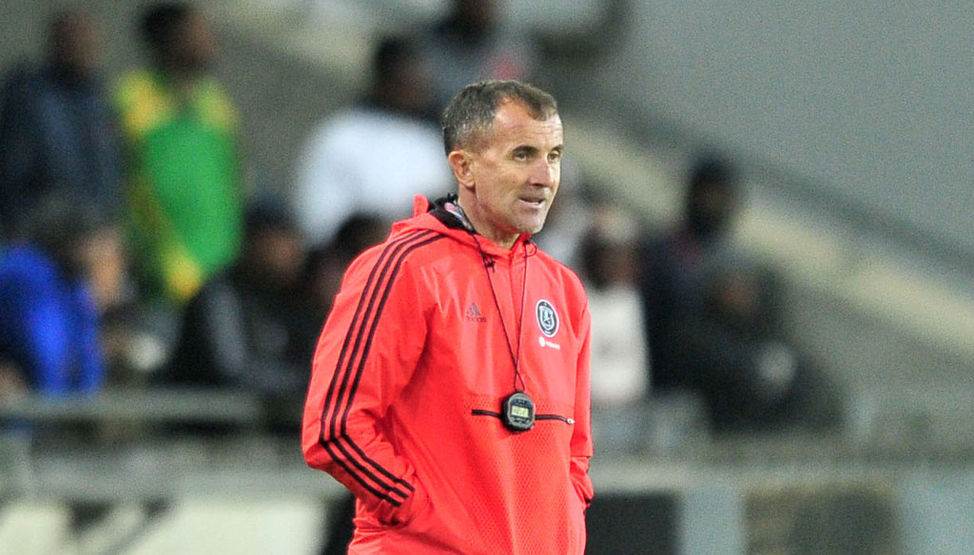 The 20-year-old left-footed defender played his second game for Bucs in central defence in the 1-1 draw with AmaZulu at King Zwelithini Stadium on Saturday.

Da Silva, who was clean and tidy in his tackles and accurate with his distribution against Usuthu, made his debut the match before against Golden Arrows at left-back.

'Micho' explained why he deployed Da Silva alongside elder statesman Happy Jele on this occasion, as he trusted Innocent Maela and Ntsikelelo Nyauza to police the flanks in Umlazi.

"He's got a very good personality. I need to give credit to our players for accommodating him in the best possible way. With everything that he has, he has huge space to improve and to develop.

"Day by day, he's like a sponge you know. The sponge is absorbing fast and improving. He's still very far from his best. But having said that, we have trust and confidence, and believe that he'll reach his full potential and he'll be an asset to our team."

He was spotted by assistant coach Rhulani Mokwena while with the Project X side’s tour to Rio de Janeiro earlier this year.