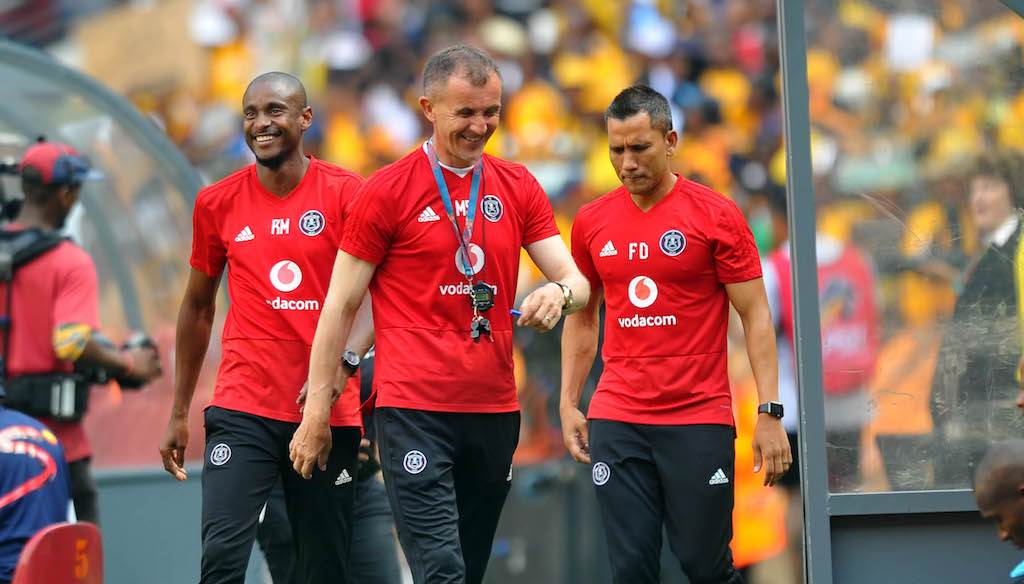 Orlando Pirates are currently on course to register one of their highest points tallies in the Premier division in several years.

Currently sitting pretty at the top of the Absa Premiership table, with 50 points from 27 games, Pirates continue to boast a six-point lead over second and third-placed Bidvest Wits and Mamelodi Sundowns, who suffered a 2-0 defeat to SuperSport United in one of their catch-up fixtures on Wednesday evening.

With Sundowns now just two games behind, The Buccaneers are odds-on for their first league title in seven years, needing only to maintain their current run of three wins on the trot from their remaining three fixtures.

With that said, they could reach a high of 59 points come May 11, which would be their best return since winning the championship in 2010/11, when they tallied 60 points in their first domestic treble-winning season under then coach Ruud Krol.

The Soweto giants have grown from strength to strength under the tutelage of Milutin Sredojevic and his technical team since their arrival at the start of last season, and their numbers are proof thereof.

After 27 league games last season, Pirates had tallied 49 points with 13 wins, 10 draws and four defeats, while they had scored 35 goals and conceded 25.

This season, they have managed 50 points with 13 wins, 11 draws and three defeats, while scoring 38 goals and conceding 22 – a difference of three either way.