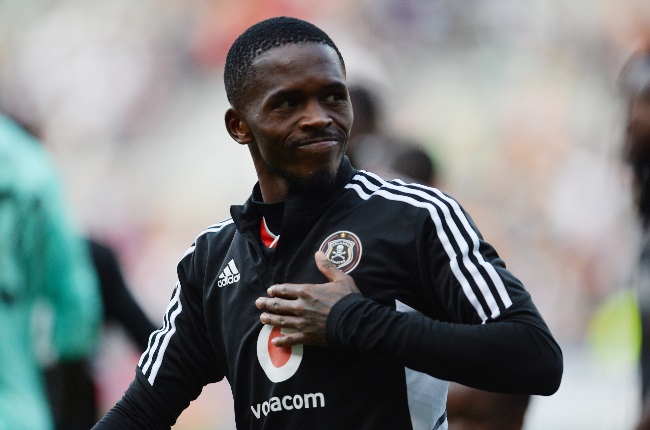 DStv Premiership side Orlando Pirates will soon be forced to make crucial decisions on the immediate futures of five key players with their existing contracts set to expire.

Richard Ofori, Siyabonga Mpontshane, Collins Makgaka, Terrence Dzvukamanja and Thabang Monare are all in the final stages of their contracts.

During the fast-approaching January transfer window, all five players will be heading into the final six months of their respective contracts with the Soweto giants.

According to the club's former striker Andries Sebola, only two out of the five players deserve new contracts.

"That's normal at Pirates they only renew contracts once the season finishes," Sebola tells KickOff.

"All these other ones they can go except Monare and Ofori.

"Mpontshane can also go because we still have Sipho Chaine.

"Monare they must give him game time that's all. Miguel Timm is the main reason Monare has not been playing each game.

"He should be given some game at least until the end of the season because Ben Motshwari's form has dropped.

"The arrival of Ndlondo made the likes of Motshwari panic, so his place on the bench must be taken by Monare.

"Ofori, I understand he is injury-prone, but we still need him.

"As for Mpontshane he should be released because I know at his age, he is not happy to sit on the bench.

"Dzvukamanja his time is up he is not a Pirates material. He must just go and look for a job somewhere.

"Collins Makgaka, I think he made a big mistake coming to Pirates. He never did that much at Baroka, so I thought he was going to join teams like SuperSport United and Cape Town City where he was going to get game time.

"It's tight in the Pirates midfield, that is why this boy is struggling for game time. I just hope he goes somewhere to find game time."