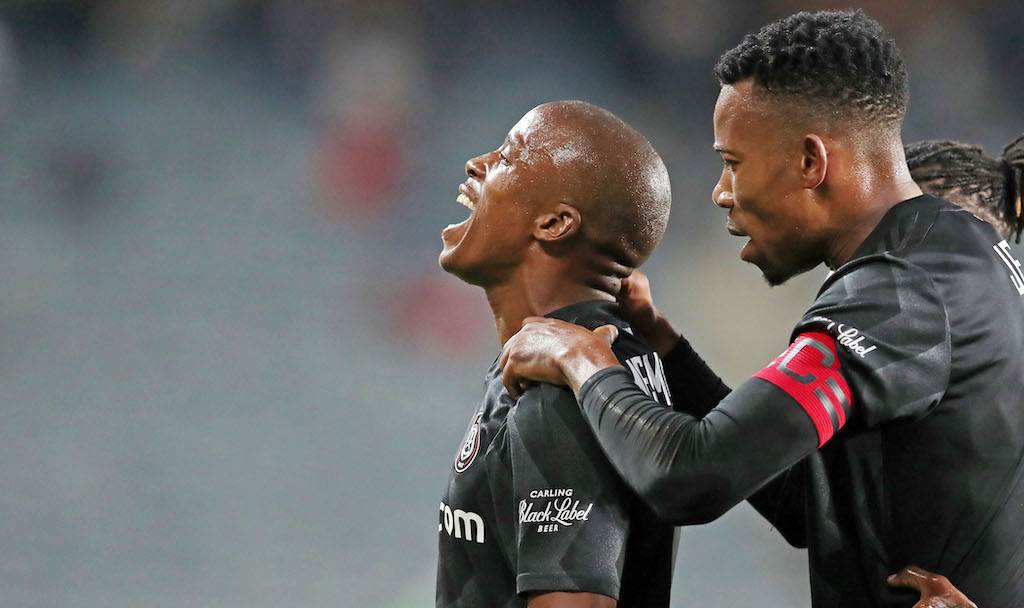 Orlando Pirates captain Happy Jele has called on his teammates to remain level headed as they gun for the Absa Premiership title.

Pirates restored a three-point lead at the summit of the log standings with a hard fought 1-0 victory away to relegation-threatened Maritzburg United on Wednesday evening.

This was a big step towards the club claiming their first championship crown in seven years, as they have just two games left to snap it away from defending champions Mamelodi Sundowns, who are hot on their tails.

Goal scorer on the night, Vincent Pule admitted it was not one of their best performances but emphasised the importance of contributing towards the team’s target.

“For me, it was important to work hard for the team and score the goal so that we can continue the run that we’re on,” Pule told his club’s channel after the match.

“It wasn’t pretty, but we fought hard and we were able to get the points that we need.”

Jele, who was part of the Bucs side that won the double-treble some years back, further called his teammates to order as he stressed focus on their remaining two games against Cape Town City and Polokwane City.

“It’s very important to get results in the last two games, you know we’re challenging for the championship, so we just need to be calm, stay focussed and go back to the drawing board and work harder so that we get the results that we need,” the skipper added.