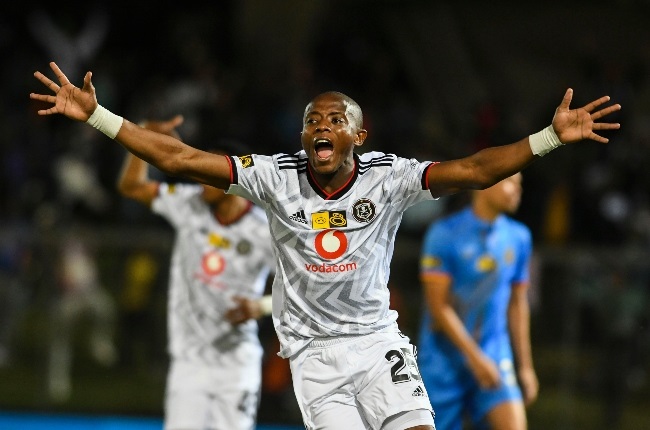 During Saturday's Carling Black Label Cup final, Erasmus and Mokwena were caught in a war of words following Tapelo Xoki's red card for a harsh challenge on Sundowns' Haashim Domingo.

In a Monday night interview on Marawa Sports World, Mokwena added that what sparked his reaction was not so much the Xoki’s tackle, but the apparent clapping of Lepasa, as Xoki walked off the pitch.

"My reaction to the tackle was not even to the tackle, it was towards Zakhele Lepasa who started clapping towards Tapelo Xoki as if to encourage that sort of behavior," revealed Mokwena.

In response, the Buccaneers forward has released a statement via social media to clear the air on Tuesday evening.

"I would like to put it on record that I did not encourage my teammate for kicking an opponent," the statement reads.

"It is factually incorrect to suggest that I – or any of my teammates at that, would do that."

Lepasa further explains that he had attempted to comfort the defender, who would have been disappointed with himself as his sending-off brought the Buccaneers down to ten men.

"I stood up to console my teammate because I know how important this game was to him," the striker added.

"I understand that football is an emotional game and at the time everyone’s emotions were high but I know for a fact that his act was not intentional. I would like to wish Domingo a speedy recovery."

Pirates and Sundowns will lock horns again when the DStv Premiership resumes on 31 December.