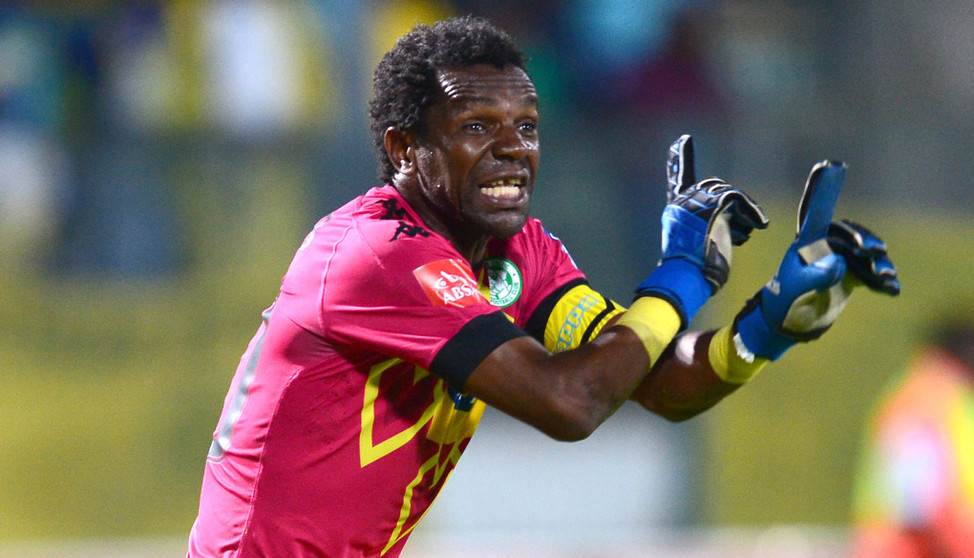 Eymael has a dispute lodged at the league’s DRC with his former employers Polokwane City which has prevented him from being issued with his PSL registration card which would allow him to take his place in the dugout on match day.

Celtic have since played six games without Eymael calling the shots from the touchline.

“It has been a challenge,” acknowledges Tignyemb talking to snl24.com/kickoff.

“The reality is that everyone wants to have their coach on the bench and when he is sitting far away in the stands we feel we are missing something from him. The feeling is like that of kids who have an absent father. We hope that in the next game he is there because we need him close to us. This has really been difficult for us in as much as it has also been difficult for him. It is really affecting us because he cannot communicate with us during the game. It would make a huge difference if the messages that he wants to communicate to us would get to us immediately,” he says.

“In the situation that we are in we have two options, to move up and try to get into the top eight or get sucked into the relegation. We obviously don’t want to fall down into the relegation zone and so that means we have to immediately win our games, especially those that we are playing at home. We are not panicking at the moment because this is all in our hands and I keep telling the guys here that I have seen worse during my time here at the club so we need to be calm. In my first season (2008-09) we fought proper relegation and only survived right at the end,” says the Cameroonian, who is the longest serving player at the club.

Celtic next play on April 22 when they visit Orlando Pirates in a Nedbank Cup quarter-final.