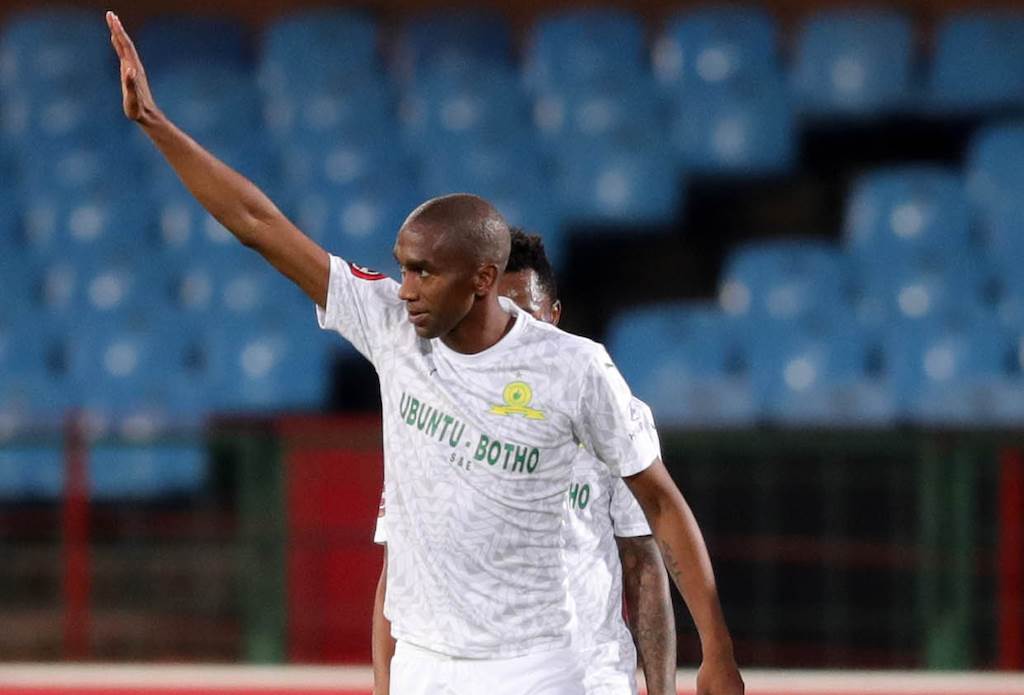 Belgian outfit KSV Roeselare announced the signing of Ngcongca in July, much to the surprise of Sundowns supporters and his agent Mike Makaab.

Uncertainty has remained around whether he will be leaving or not, as Makaab earlier suggested that the former Bafana Bafana star had agreed to a contract extension with The Brazilians.

However, Mosimane has suggested that the club will respect the 32-year-old's wishes if he has indeed agreed to a deal in Belgium, where he previously spent nine years before arriving in Chloorkop back in 2016.

"I think you know my heart and my feelings about Anele [Ngcongca]. One of the most underrated right-backs in the country," Mosimane responded when quizzed about the player's future.

"He can play against a speedy or strong winger, anything. Anele has the sense of positioning himself, and he doesn't even make a lot of tackles if you haven't noticed.

"He's experienced, I mean the guy played Champions League in Europe and he's won many titles and cups overseas, and I always root for him because he's one of the most underrated and he doesn't get the praise he deserves.

"Since Thapelo got injured, we have been stable and he helps us in organising – he's a captain on the team, behind the captain Hlompho Kekana, he's always advising the youngsters and coaching in the back.

"It will be sad to lose him, to be honest, but I don't know what's happening, because we are still in the bubble, between the club and his agents.

"But for me, I would not like to lose him. I'd be very happy for Anele to stay, but I have to also accept if he wants to go. We have to accept the situation with Anele."