Pitso Mosimane the most decorated coach in PSL trophy history 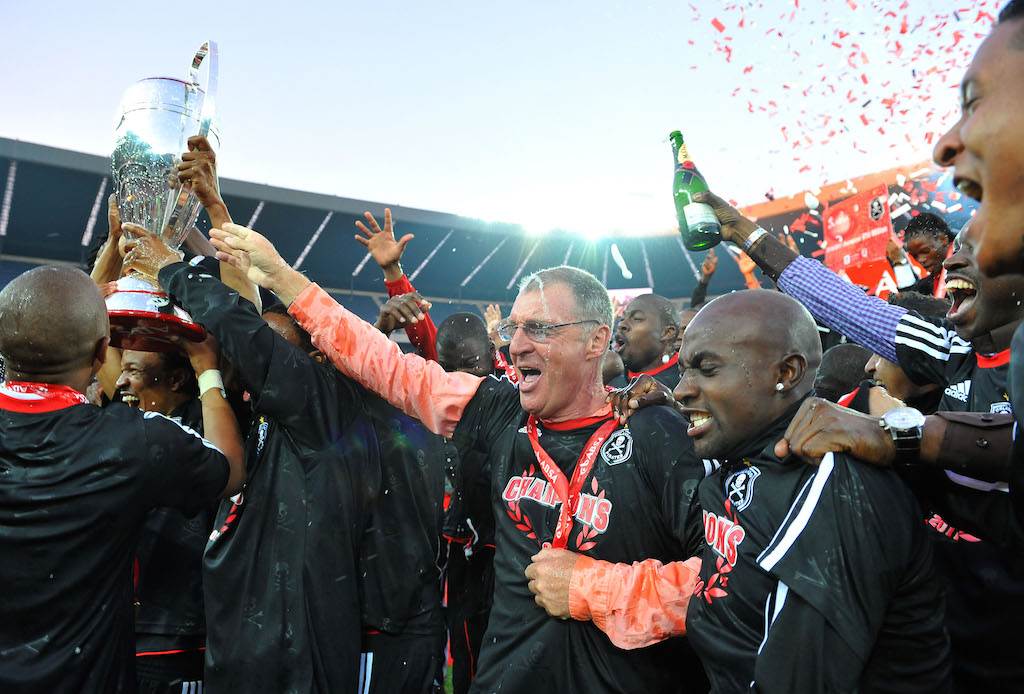 Pitso Mosimane is statistically the greatest South African coach to have graced the PSL, but his trophy cabinet proves he stands above the foreign tacticians too.

Mosimane leads the list of most decorated coaches in the PSL era dating back to 1996/97, having lifted an incredible 11 trophies in his career thus far.

Having started out at SuperSport United back in 2001, ‘Jingles’ quickly made a name for himself by leading the Tshwane outfit to runners-up finishes in his first two seasons in the professional ranks.

He finally won that elusive maiden title in 2004, when Matsatsantsa pipped Kaizer Chiefs to the SAA Supa 8 title with a 1-0 victory at the Absa Stadium in Durban.

Then only 40, he further went on to collect his second cup a few months later in that same season, leading his charges to Absa Cup glory over Bidvest Wits in the final played at Olympia Park Stadium in Rustenburg.

Mosimane went on to join Bafana Bafana as an assistant coach, and later head coach, before making a return to domestic football with Mamelodi Sundowns in 2012.

UPDATE: Mosimane has since added the 2019/20 Absa Premiership and 2020 Nedbank Cup titles to his list of accolades to stretch his tally to 13 trophies overall.

NOW READ: The best foreign PSL coaches of all time